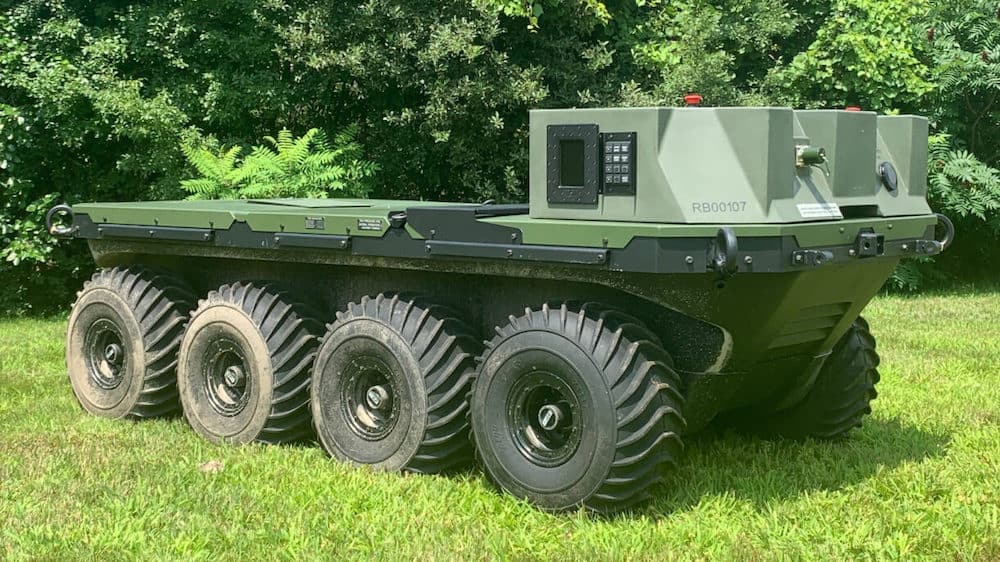 The US Army has received an initial tranche of 16 Small Multipurpose Equipment Transport (S-MET) vehicles, the first ground robots of their kind in Army history, from General Dynamics Land Systems (GDLS).

GDLS won the Army’s competition for the S-MET program in 2020. Based upon GDLS’ Multi-Utility Tactical Transport (MUTT), the S-MET is an eight-wheeled Unmanned Ground Vehicle (UGV) that will enable robotic technology for the dismounted soldier. According to GDLS, the UGV will lighten the load as an equipment-carrying ‘robotic mule’, and also has built-in flexibility for a variety of combat, combat support and combat service support functions and payloads.

Featuring a hybrid-electric powertrain, it provides expeditionary power generation and is operated by a single-hand remote control.

“We are proud to deliver this breakthrough unmanned ground vehicle capability,” said Gordon Stein, vice president and general manager of US operations at General Dynamics Land Systems. “Through our partnership with the Army, General Dynamics Land Systems has remained at the leading edge of robotic combat vehicles that are designed to relieve soldiers of dull, dirty and dangerous missions now and into the future.”