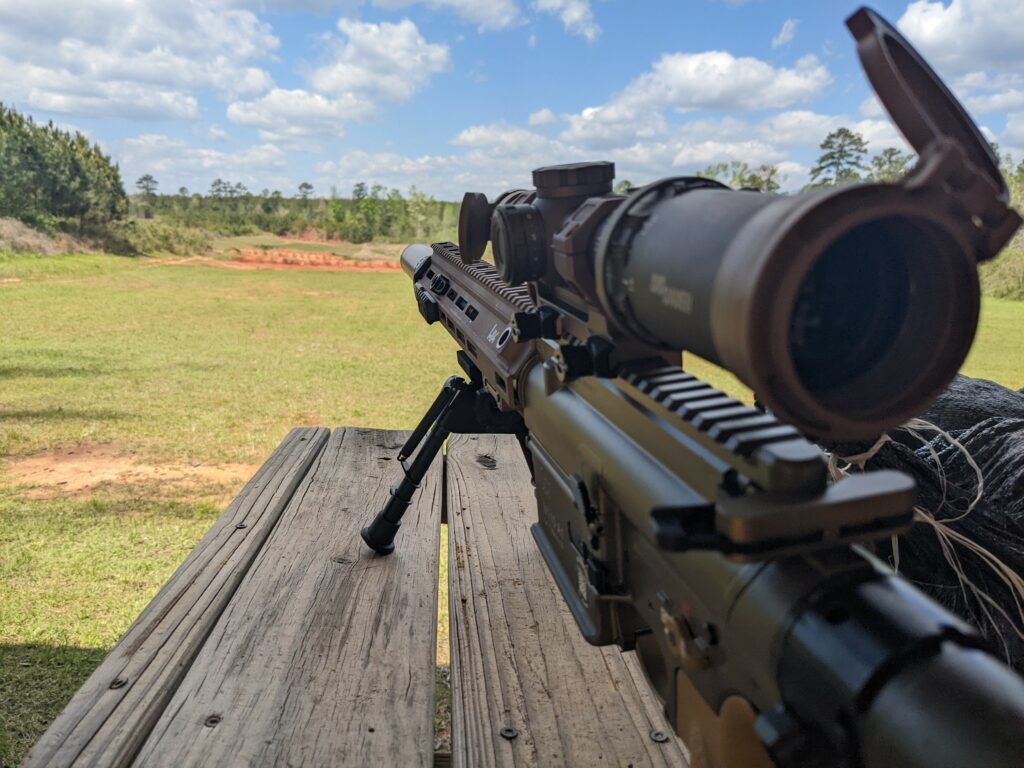 The delivery of Heckler & Koch-designed Squad Designated Marksmanship Rifle (SDMR) to US Air Force units has entered the final phase.

The SDMR has already been fielded to various Air Force units this year, with the Air Force Life Cycle Management Center’s Small Arms Program Office distributing the rifles across the service based on approved allowances.

Approximately 1,464 SDMRs have been purchased by the Air Force. They will replace legacy M24 Sniper Weapon Systems for security forces defenders performing base defense operations in-garrison and in contingency support.

The SDMR is a semi-automatic, 7.62x51mm caliber rifle designed by Heckler & Koch for missions requiring combat over-watch with precision-fire capability to accurately engage targets up to 600 meters. It is lighter weight in comparison to other 7.62 platforms and will also replace the M110 Semi-Automatic Sniper Systems rifle for pararescuemen and Guardian Angels, saving them 5 pounds in gear while out on missions.