The flight demonstrated the Advanced Anti-Radiation Guided Missile – Extended Range weapon could communicate with the F/A-18. The Separation Test Vehicle used hardware and software to facilitate the controlled free flight News By DA Reporter / 10 May 2021 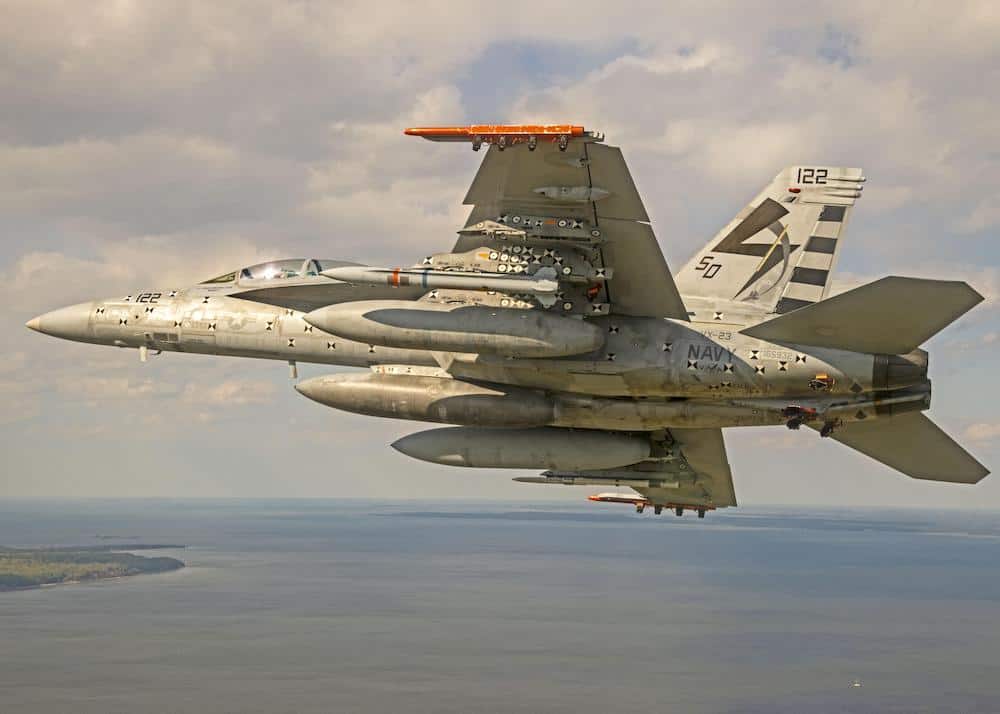 The U.S. Navy completed an AARGM-ER captive carry flight on an F/A-18 Super Hornet on April 22 at Patuxent River in support of the first live fire event this spring.

This flight marked the first time the AARGM-ER weapon demonstrated it could communicate with the F/A-18 E/F aircraft.  The Separation Test Vehicle (STV) used its hardware and software to facilitate the controlled free flight.

AARGM-ER is being integrated on the F/A-18E/F and EA-18G, and will be compatible for integration of the F-35.  By leveraging the U.S. Navy’s AARGM program that’s in Full Rate Production, the AARGM-ER with a new rocket motor and warhead will provide advanced capability to detect and engage enemy air defense systems.