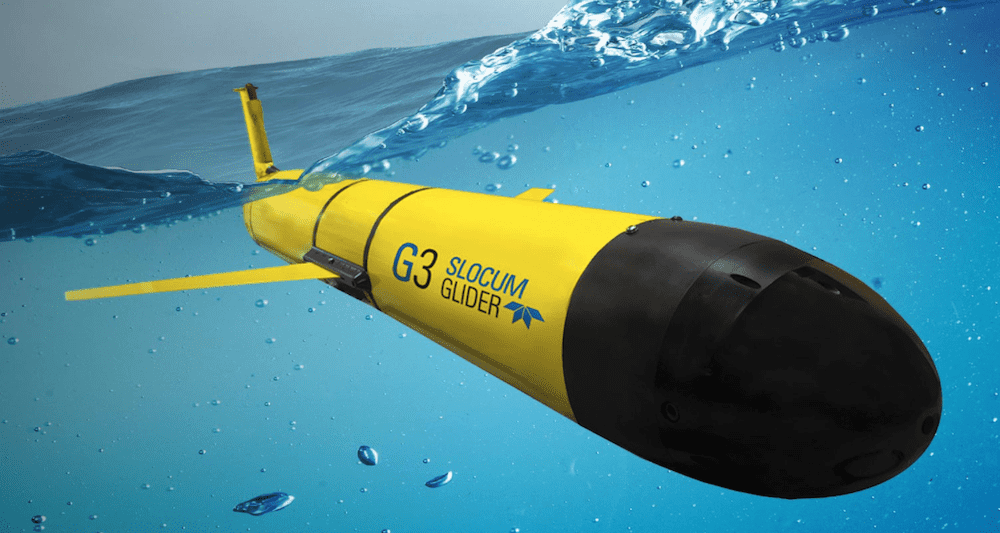 Teledyne Brown Engineering, Inc. has been awarded an indefinite-quantity/indefinite-delivery contract worth up to $27.4 million from the U.S. Navy for the Littoral Battlespace Sensing-Glider (LBS-G) program.

Teledyne Slocum gliders are long-endurance, buoyancy-driven Autonomous Underwater Vehicles (AUVs) that provide a highly persistent means to sample and characterize the ocean water column properties. They can do this at spatial and temporal resolutions not possible using other vessels or tactical units alone.

The AUVs host a range of oceanographic sensors to support antisubmarine warfare, mine countermeasures and Naval Special Warfare mission areas.

“We are pleased to announce the continuation of Teledyne’s successful partnership with the Naval Information Warfare Systems Command to deliver this capability,” stated Jan Hess, President of Teledyne’s Engineered System Segment and Teledyne Brown Engineering.

“We look forward to supporting the Navy and assisting with its awareness and understanding of the ocean’s conditions.”