By the end of the flight test campaign, Quarterhorse from Hermeus will be the fastest autonomous, reusable aircraft in the world and the first of its kind to fly a Turbine-Based Combined Cycle engine hermeus News By DA Reporter / 12 Aug 2021 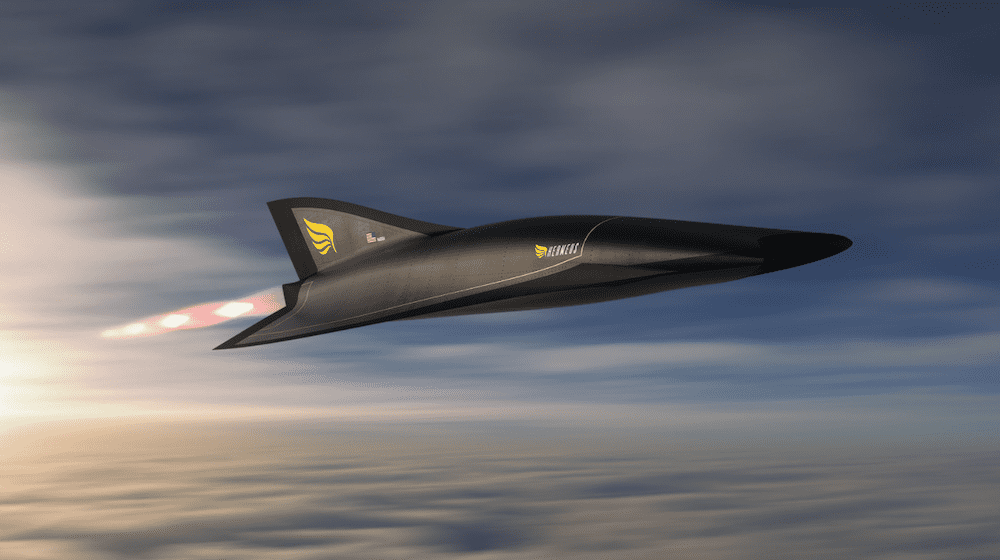 Hermeus Corporation has signed a $60 million jointly funded contract with the U.S. Air Force for flight testing of its first hypersonic aircraft, Quarterhorse.

This deal with the Air Force will allow Hermeus to accelerate its work on technology that will allow it to build a Mach-5 passenger aircraft that could fly from New York to London in 90 minutes. Although primarily aimed at commercial markets, the Air Force is keen to develop the technology for future high-speed presidential transport, and other applications.

Quarterhorse will validate the company’s Turbine-Based Combined Cycle (TBCC) engine, which is based on the GE J85 turbojet engine and is the first in a line of autonomous high-speed aircraft.

By the end of the flight test campaign, Quarterhorse will be the fastest reusable aircraft and the first of its kind to fly with a TBCC engine.

The award was made under the AFWERX Strategic Funding Increase (STRATFI) program and as a follow-on to a Phase II SBIR contract. The collaboration also includes support from the Air Force Research Laboratory (AFRL).

“Reducing risk in high speed transport technologies, as we are doing with this contract, provides near-term and long-term benefits to both the U.S. Air Force and the defense industrial base,” said Lt. Col. Joshua Burger, the Vector Initiative program manager who is spearheading the effort.

“We are very excited to see Hermeus translate their demonstrated successes in engine prototyping into flight systems.”

Hermeus is taking a different approach than traditional high-speed flight test programs as the company will be leveraging autonomous and reusable systems, ruthlessly focused requirements, and a hardware-rich program.

These three strategies allow the team to push the flight envelope, sometimes strategically to the point of failure in flight test, which accelerates learning while simultaneously improving the safety of flight test crew and the public.

Pushing more risk to flight allows Hermeus to move through the engineering lifecycle quickly, reducing programmatic costs. The company expressed that when exploring beyond the speeds that airbreathing aircraft have flown before, learning must come through testing in the real world.

The technology set Hermeus has chosen positions the company firmly in the dual-use space for hypersonic technology, i.e. technologies normally used for civilian purposes but which may have military applications.

“While this partnership with the U.S. Air Force underscores U.S. Department of Defense’s interest in hypersonic aircraft, when paired with Hermeus’ partnership with NASA announced in February 2021, it is clear that there are both commercial and defense applications for what we’re building,” said Hermeus CEO and co-founder, AJ Piplica.