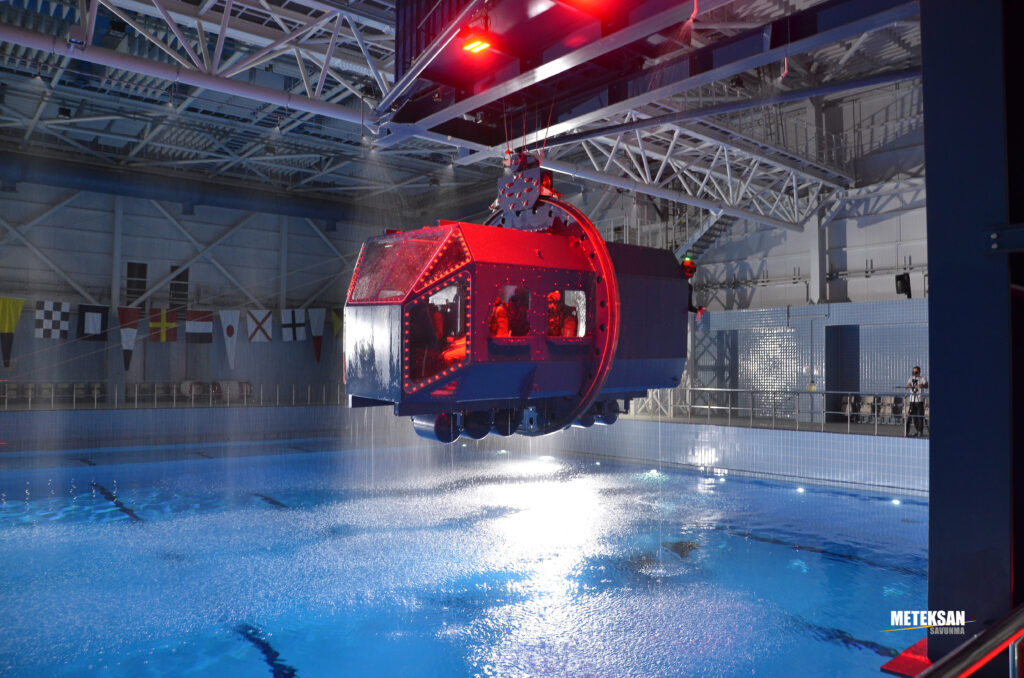 Meteksan Defence has completed the Helicopter Underwater Escape Training (HUET-DUNKER) Simulator Project in line with the needs of the Turkish Naval Forces Command. The HUET-DUNKER project was completed as a Defense Industry Agency (SSB) project.

With this new HUET Facility, training will be provided for purposes including:

Thanks to HUET and its peripheral utilities, which Meteksan claims are equipped with more advanced features compared to similar facilities, there will be the opportunity to export services to other countries.

Within the scope of HUET, the simulator system consists of crane(s), platforms, and ancillary systems. As a complementary component of this, there is the construction of a building consisting of a pool, pool installation and technical room, administrative and social spaces.

The pool has a wave generation and sprinkler system with adjustable intensity in order to reflect the environmental effects during the training, lighting that allows day/night separation, sound system, fans to simulate wind and helicopter blade effects.

In addition, the following training programs can be offered at the HUET facility, either independently or in coordination with each other: