The EUR1.5bn contract is one of the largest ever in Thales's history thales News By Mike Ball / 23 Nov 2020 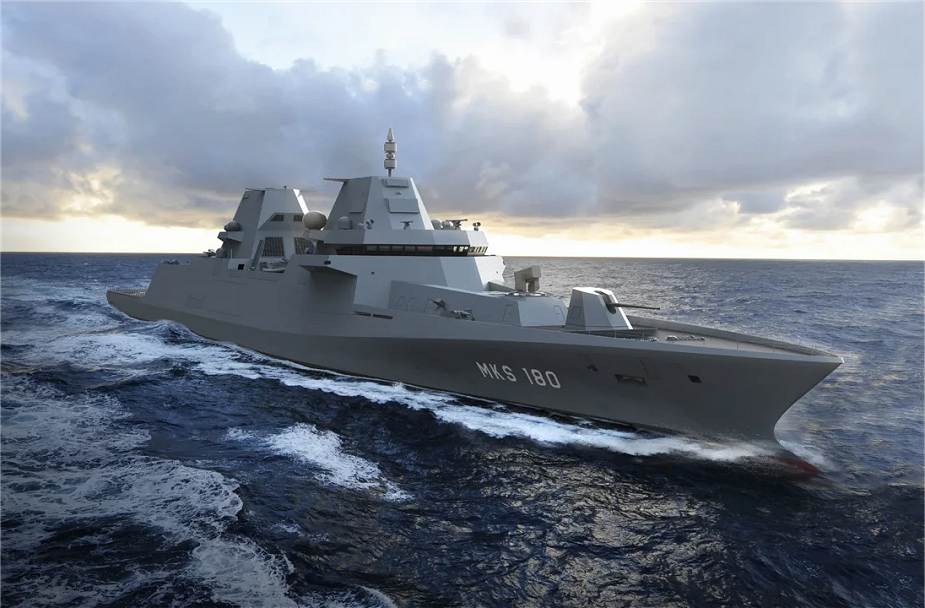 Thales and Damen Schelde Naval Shipbuilding have entered into an agreement to integrate Thales’s Mission and Combat System into the four MKS 180 class frigates being built for the German Navy. The integration will be performed by Thales’s naval Centers of Excellence in Hengelo (the Netherlands), Kiel and Wilhelmshaven (Germany) in cooperation with a variety of German subcontractors. The EUR1.5bn contract is one of the largest ever in Thales’s history.

Thales’s Mission and Combat System includes the comprehensive Tacticos Combat Management System and the AWWS (Above Water Warfare System) Fire Control Cluster. The contract encompasses four ship systems, logistic services and multiple land-based test and training sites, as well as the option to provide these for one or two additional ships.

AWWS is a state-of-the-art warfare suite that helps ship crews to counter and neutralise complex saturation attacks by continuously analysing and optimising the tactical environment and deployment of resources. AWWS will be combined with APAR Bl2, the evolved version of Thales’s proven AESA multifunction radar. AWWS has also been selected for the new M-frigates for the Belgian and Dutch Navies.

This large contract is one of several awarded to Thales by European NATO navies in the last few years, making the company the de facto naval combat system partner of NATO. The first ship of the MKS 180 class will be operational in 2028. The entire programme will run for over ten years.

Gerben Edelijn, CEO of Thales Netherlands, commented: “Winning such a substantial contract within the strict framework of an objective scoring system reinforces our global leading position in high-end naval integration. Thanks to our innovative capabilities, the German Navy will be able to execute both current and future tasks whilst substantially contributing to stability in the operational theatres all over the world.”

Dr. Christoph Hoppe, CEO of Thales Deutschland, said: “As a partner in the MKS 180 programme, Thales Deutschland not only contributes to a high German value-added share, but also brings many years of experience in European cooperation and proven systems expertise. This programme will create new, high-quality jobs in Germany, within an exemplary framework of European defence cooperation. We will also contribute to maintaining the German Navy’s operational capability at the highest level within the alliance.”

Patrice Caine, Chairman and CEO of Thales, stated: “We are very honoured by this notification which further solidifies our long-standing cooperation with the German Navy and Damen. We sincerely thank our customers for their continued trust. This huge contract anchors our position as global leader in high-end naval systems integration. The German Navy will benefit from cutting-edge technological systems thanks to the diversity of talents at Thales.”