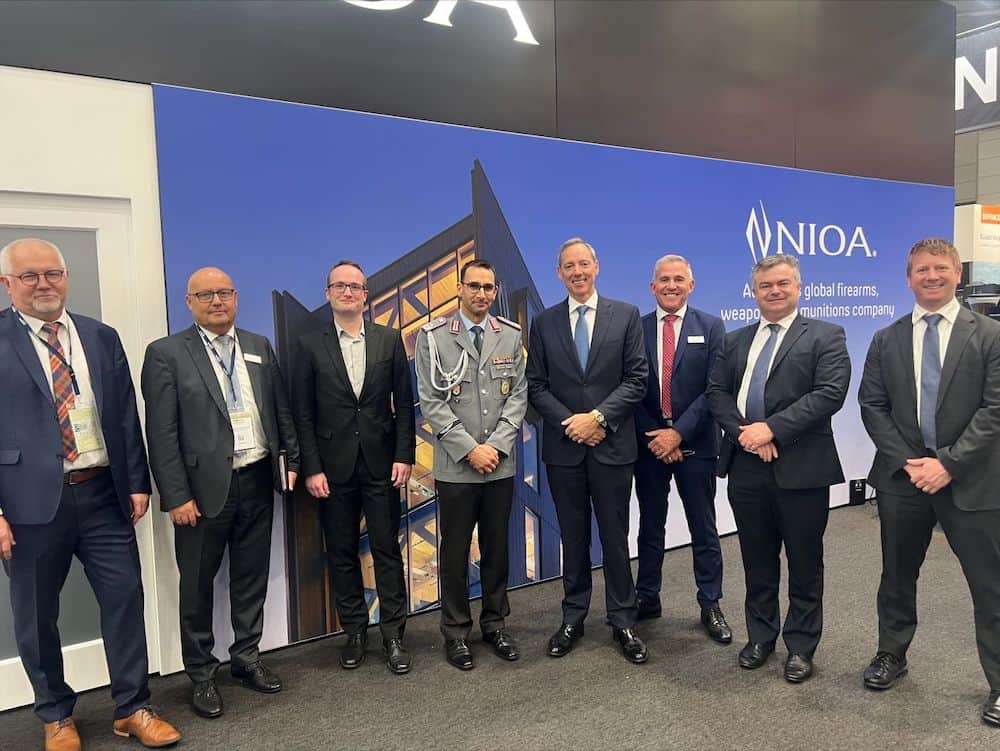 Australian-owned NIOA has revealed it will team up with German defense equipment manufacturer Diehl Defence in a step towards the local production and supply of naval munitions in Australia.

Under the agreement, announced at the Land Forces 2022 International Defense Exposition in Brisbane, Diehl will transfer technology to NIOA to enable Australian production of the Diehl 5” naval munition family including high explosives, practice projectiles and propelling charges.

Besides the conventional ammunition portfolio of Diehl, NIOA and Diehl are also evaluating possible cooperation in the areas of the guided long range ammunition capabilities and products of Diehl Defence.

NIOA hopes to utilize its newly commissioned joint venture Rheinmetall NIOA Munitions [RNM] plant in Maryborough, Queensland for shell case production with the filling and finishing occuring at Benalla in regional Victoria where NIOA has a long-term lease at the Commonwealth Government-owned munitions facility.

Diehl Defence CEO Helmut Rauch said the collaboration with NIOA was a significant step forward for the two companies and comes 15 months after they signed a memorandum of understanding to support sovereign munitions manufacture.

“This agreement paves the way for Diehl to bring its world-leading expertise to Australia to support NIOA in the development of sovereign capability,” he said. “Our highly advanced naval ammunition is used by navies worldwide and ensures the highest level of effectiveness and safety for a warship and its crew.”

NIOA has invested more than $15 million in upgrades at Benalla over the past two years, including $2 million to provide a permanent base for the company and another $13 million to reinvigorate manufacturing capabilities.

According to NIOA, the $90 million RNM factory in Maryborough is the most advanced artillery shell forging plant of its type on the world, using a 1250-ton hot forging press and computerized machinery to produce 155mm projectiles and metal parts for other munition variants.