L3Harris Technologies’ RF-7850D is three times smaller than any other multi-channel vehicular radio, mounts in a low-profile chassis, with reduced SWaP, and is the only radio in its class to provide interoperability across the entire battlefield News By DA Editor / 15 Mar 2021 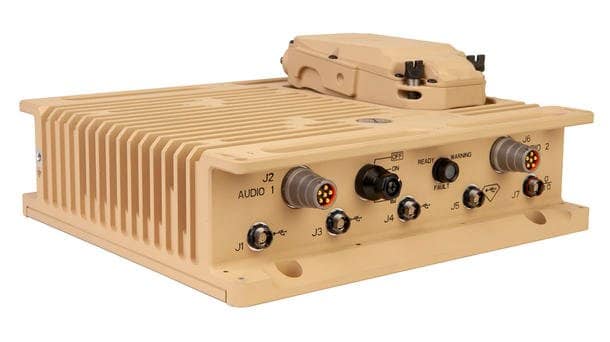 When used in a vehicular application, the RF-7850D mounts in a low-profile chassis, is easy to install and conceal without interfering with vehicle navigation and passenger egress.

The RF-7850D leverages the TDMA Networking Waveform (TNW) family for true simultaneous voice and data services over wideband, narrowband and ECCM channels. It is interoperable with legacy Falcon II systems and is software-defined, ready to interface with next-generation waveforms and networking technology.

“The 7850D is the only radio in its class providing interoperability across every echelon of the battlefield, bridging communication from the tactical edge to the VHF and UHF mid-tier and the airborne tier,” said Bryant Henson, President, Tactical Communications, L3Harris. “It is the ultimate in SWaP-reduced multi-channel communications for tactical vehicles and Tactical Operations Centers.”