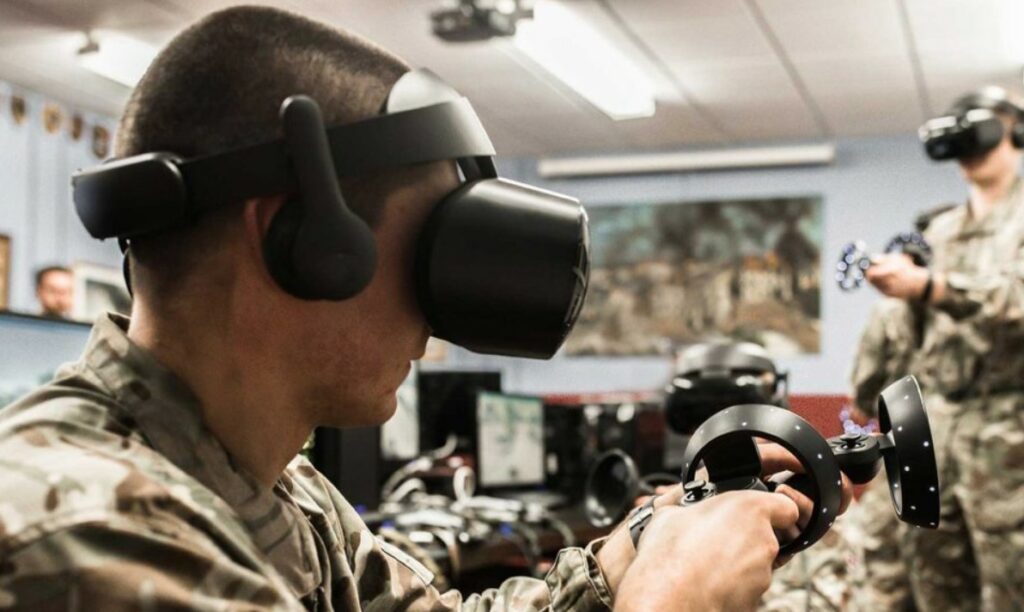 SimCentric has used funding from the Defense and Security Accelerator (DASA) to develop a virtual reality based-training system for military personnel, and following tests in the British Armed Forces, the system has been licensed by the Australian Army to evaluate virtual reality training applications.

Citing success and feedback from DASA and UK Armed Forces trials, SimCentric teamed up with Australian company Applied Virtual Simulation (AVS), to deliver SAF-TAC to the Australian Army as part of the Land Simulation Core 2.0 Program, which is designed to seek a suite of common simulation software to train military personnel in an integrated virtual environment.

SAF-TAC will be expected to underpin evaluations on where the Australian Army may apply VR in training. User evaluations are believed to be taking place at 7 regional locations across Australia to inform where VR systems can provide the greatest benefit.

Team-based training is believed to be essential for military personnel to improve individual and collective proficiencies, but is difficult to deliver in an effective and cost-efficient way. Because of this, virtual training is said to have grown in demand as a low-overhead method to complement live training. According to DASA, traditional desktop training presents a steep learning curve as users have to learn complex mouse and keyboard controls. In addition, its also highly detached from how users perform actions in real-life situations.

Dr. Adam Easton, CEO of SimCentric, commented: “As a long term trusted supplier to the Australian Army, SimCentric is proud to deliver cutting edge technologies of relevance to the Australian Army that will tangibly enhance their individual and collective skills. By leveraging the extensive advantages of the Unreal Engine commercial gaming engine including supply chains and wider platform investment, the Australian Army can rapidly and sustainably modernize to deliver unprecedented capability efficiently to its soldiers in a way that bespoke military software simply cannot achieve.”

DASA’s impact and lessons learnt from the Open Call, and engagement with the Australian Army, are believed to have helped SimCentric steer the direction of SAF-TAC. According to SimCentric, the company is planning to make the product highly customizable in the future, enabling the Australian Army to modify and add their own content to SAF-TAC.