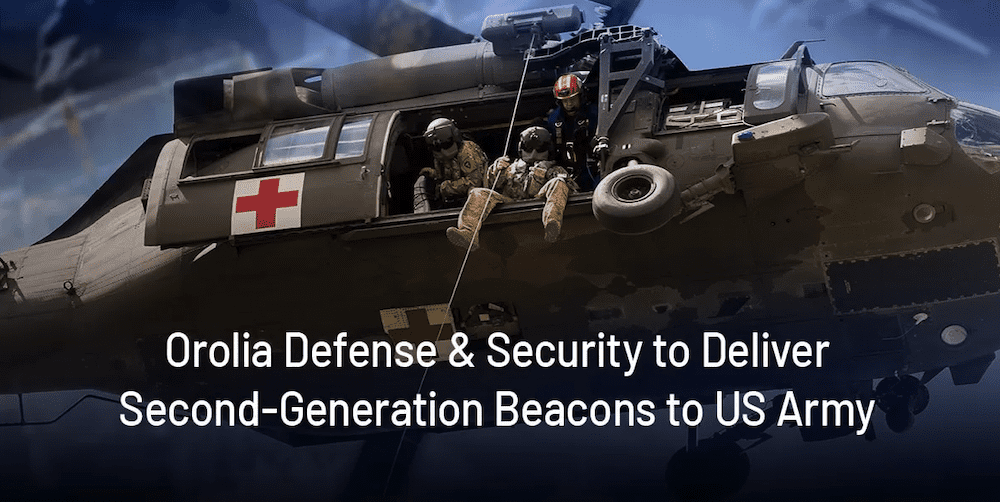 Orolia Defense and Security has received initial production authorization to provide PRSS1b Personnel Recovery Devices (PRDs) to the US Army, with shipment beginning in September 2022.

According to Orolia, its PRSS1b PRD will be the first device of its kind to provide second-generation Cospas-Sarsat signaling that delivers faster and greater location accuracy than any other previously fielded tactical location device.

Cospas-Sarsat is an international, humanitarian search and rescue system that uses space-based technology to detect and locate 406 emergency beacons carried by ships, aircraft, or individuals venturing into remote areas, often inaccessible by mobile phone. The system consists of a network of satellites, ground stations, Mission Control Centers (MCCs), and Rescue Coordination Centers (RCCs) that work together when a 406 beacon is activated.

“Orolia’s partnership with the Army is built on trust and leverages Orolia’s market-leading experience in resilient positioning, navigation and timing. Through collaboration, a dedicated team and a critical certification process, Orolia has produced a robust, user-friendly and highly reliable device to locate personnel who become isolated, missing, detained or captured,” said Michael Stout, Director of Government Programs at Orolia Defense & Security. “This is truly a milestone for personnel recovery capability. Orolia’s commitment to our customer has resulted in one of the most capable devices, delivering unparalleled quality and reliability in a small form factor. Orolia Defense & Security looks forward to the future in fielding this capability to the Army and other services within the Department of Defense.”

Following a successful demonstration of second-generation signaling in October 2022, Orolia Defense & Security expects to be the first to receive Cospas-Sarsat certification.