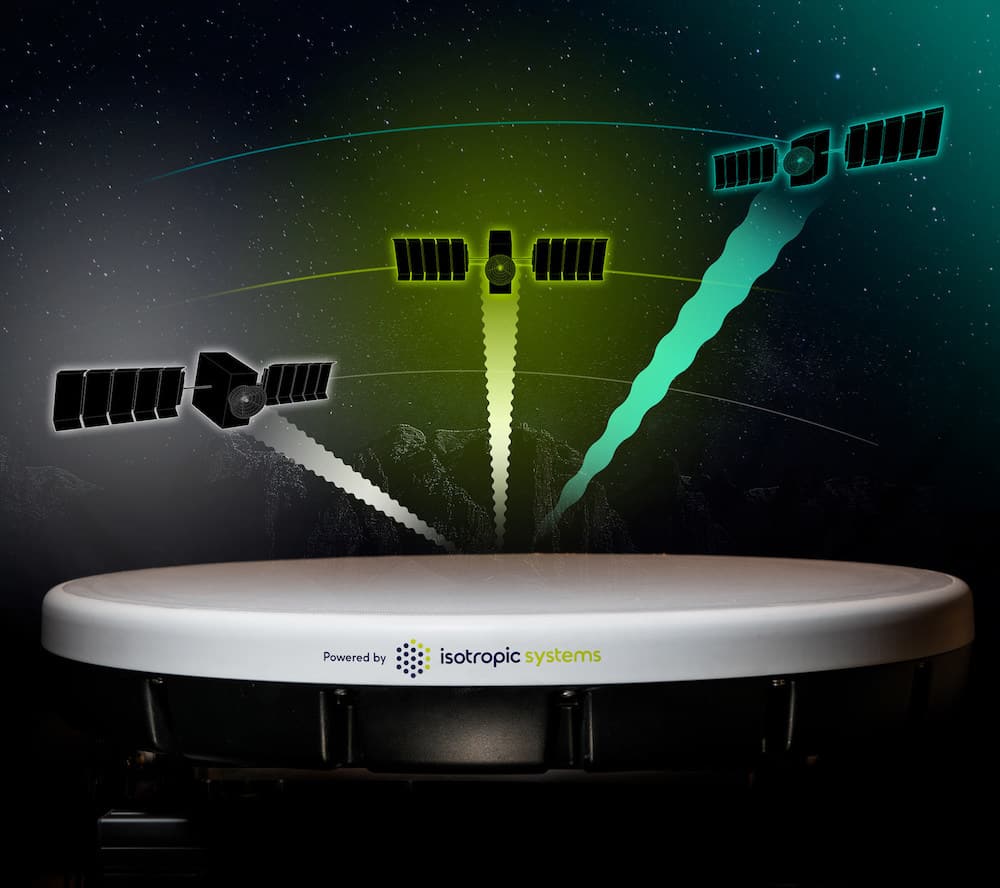 To date, it has only been possible to connect to a single satellite at a time, obstructing users from harnessing the full capabilities of satellites. Never achieved before and with the potential to reshape the communications industry, Isotropic Systems’ terminal simultaneously connects to different satellites in separate orbits with a single antenna, without any comprise in the performance of each link. Re-defining the global satellite ecosystems, the multi-beam antenna offers limitless connectivity across a range of sectors, including government, defense, maritime, enterprise and aerospace.

This announcement follows a series of field tests in various situations, including high-speed links with LEO satellites and simultaneous connections between MEO and GEO satellites for both military and commercial scenarios.

“Our next-gen multi-beam antenna has shown its full potential to unlock a new age of multi-orbit connectivity. With thousands of satellite constellations launching in the coming years, our technology is critical to unlocking the full benefits of the enhanced broadband connectivity,” said John Finney, Isotropic Systems Founder and CEO. “We have completed various rigorous tests on the defense front by demonstrating our multi-beam and orbit capabilities with the U.S. Army and have also demonstrated unique multi-orbit connectivity alongside Telesat, SES and others. We are thrilled to provide the unprecedented capability of meshing networks without comprising efficiency, preparing ourselves for our product launch later this year.”