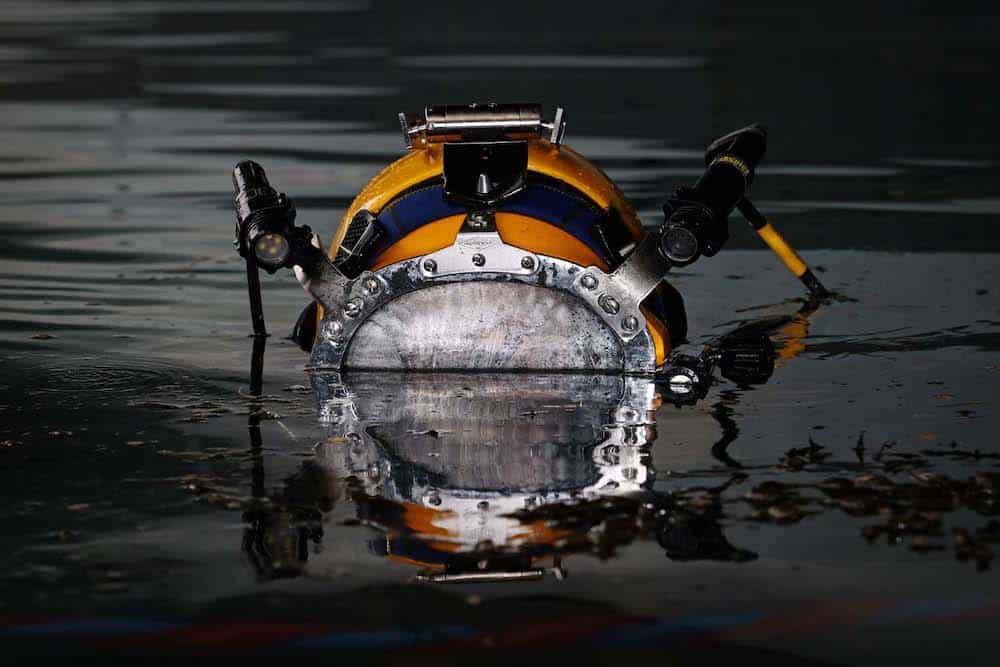 In the biggest shake-up since 1996, U.K. Royal Navy divers have rebranded and rebrigaded to form new small and elite mission teams to combat evolving threats.

Operating under the new banner of the Diving & Threat Exploitation Group (DTXG) – which replaces the long-standing Fleet Diving Squadron – the expert frogmen/bomb disposal experts aim to do more and be more agile, while using the latest tech, in order to keep the Navy’s fleet and the public safe, globally.

Based in Portsmouth, Plymouth and Faslane, Royal Navy Divers can be called to a range of tasks, including explosive disposal of historic ordnance and the rendering safe of improvised explosive devices around the U.K. as well as clearing sea mines and deterring terrorists across the globe.

They are also capable of carrying out emergency underwater maintenance on warships including the Queen Elizabeth-Class carriers and delivering discreet special operations.

The recent changes have enabled these elite diving teams to be able to carry out more missions while also continuing training with NATO and other allies on global exercises.

Over the next few months, they will deploy to the United States, France, Norway and Iceland as well as continuing their presence in the Middle East alongside partner nations and deployed ships, such as Type 23 frigate HMS Montrose, minehunters Middleton, Bangor, Chiddingfold and Penzance and RFA support ship Lyme Bay.

“This once-in-a-generation transformation has enabled the Royal Navy’s Clearance Divers to be the most agile, lethal and technically advanced they have ever been,” said Commander Sean Heaton, commanding officer of the Diving & Threat Exploitation Group. “Capable of locating, exploiting, and disposing of threats to the Royal Navy and the U.K.’s interests, all while remaining ready to conduct emergency underwater maintenance to our ships and submarines.”

Lieutenant Commander Tom Forbes, of Echo Squadron (DTXG’s explosive exploitation experts), said, “For my unit this transformation means we can focus our attention on becoming experts in the field of maritime exploitation of conventional and improvised explosive devises and munitions – a capability that doesn’t exist anywhere else across U.K. defense. It will give us great flexibility to explore new exercises in countries we haven’t worked in before. It’s a really exciting time for us to develop new skills and evolve the way we contribute to future operations.”

Able Seaman (Diver) Ian Sanderson deployed last year with HMS Queen Elizabeth as part of the UK Carrier Strike Group. With the return of a carrier-led Royal Navy and the change of the diving squadron, divers will now have the opportunity to routinely embark on the Queen Elizabeth-class carriers.

“This new way of working means we aren’t remaining static and we’re moving with the times,” said AB Sanderson, of Delta Squadron. “My unit started evolving last year but it’s good to see the second phase coming into play now and the new opportunities that come with that.

“We are expanding on what we can currently do, while looking at the future roles we can play within the fleet. With the navy undergoing changes, it’s important we remain relevant and this transformation shows we can have significant impact.”

Chief Petty Officer Carl Thomas, of Alpha Squadron (DTXG’s special operations squadron) added, “This is the biggest and most exciting transformation period for the diving squadron in a generation. The Diving & Threat Exploitation Group continues to evolve and move with the times. We recognise and embrace modern, innovative technology such as autonomous underwater vehicles and remotely operated vehicles (known as AUVs and ROVs) to deliver operations and enhance training.”

“This once-in-a-generation transformation, has enabled the Royal Navy’s Clearance Divers to be the most agile, lethal and technically advanced they have ever been.” said Commander Sean Heaton, commanding officer of the Diving & Threat Exploitation Group.