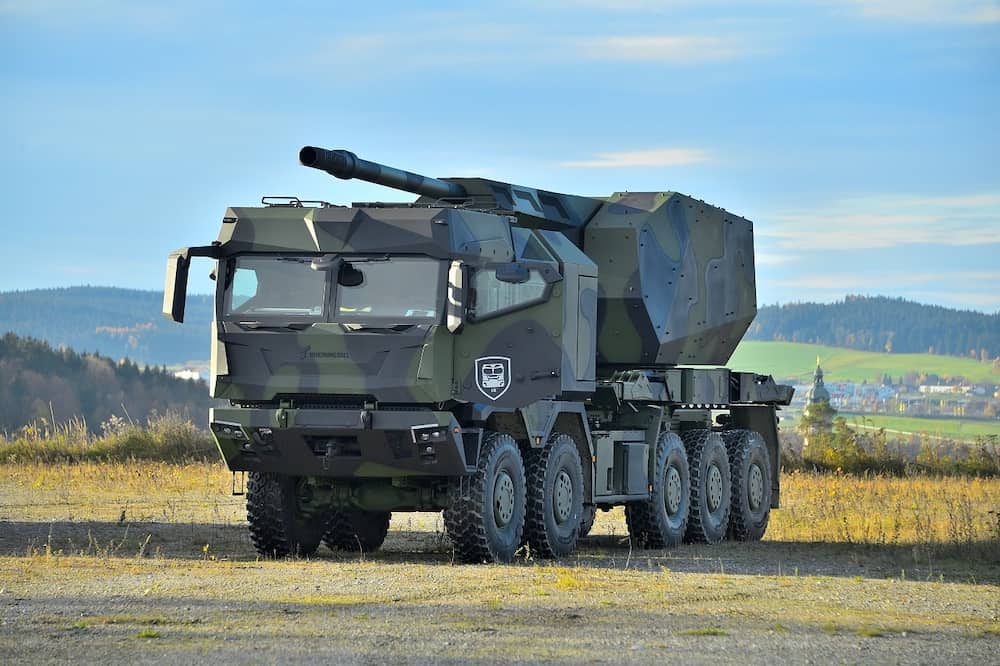 Like its predecessors, the vehicles of the new HX3 generation are designed for logistic and tactical operations alike. In addition to the robust chassis and powerful engine, a new active rear axle suspension is available as an option to improve the vehicle’s performance regarding protection, mobility and comfort both on and off road.

The HX3 is better able to serve as a systems carrier for complex weapon and radar systems, including truck-based artillery systems likely to gain importance in coming years.

With standardised interfaces, the HX3 will be able to integrate future technological upgrades, such as truck platooning and other automated applications.

As an option, HX3 trucks can be equipped with an armoured cab with a protection level that can be modularly augmented. The HX3 will also feature a digital stealth mode where all data transmission and receiver functions can be switched off to reduce the vehicle’s digital signature.

The HX3 will be available in 4×4, 6×6, 8×8 and 10×10 versions. In combination with the newly developed Artillery Truck Interface (ATI), the HX 10×10 could be utilised in future as the standard basis for various artillery solutions or similar systems.