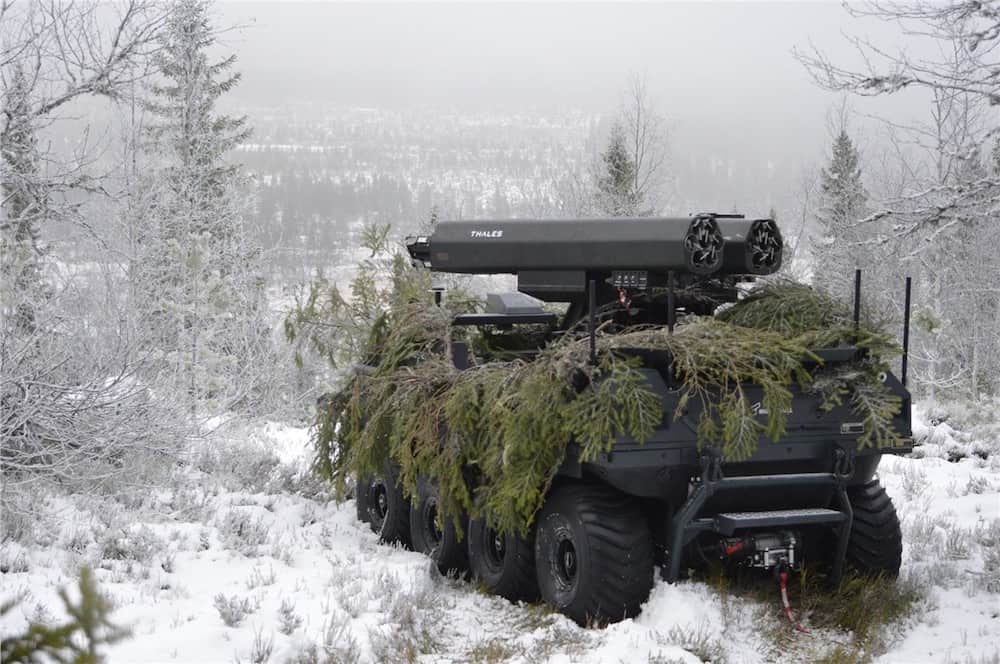 As part of the demonstration, the A-UGV fired Thales FZ275 70mm laser-guided rockets at a 4×4 vehicle located 4 km away from the firing point.

The demonstration was conducted at the Trängslet base of the Swedish procurement agency Försvarets Materielverk (FMV) and was attended by delegations from Belgium, Denmark, Sweden, Norway, the Netherlands and Poland.

The Rheinmetall Mission Master SP – Fire Support used in the exercise was equipped with a Rheinmetall Fieldranger Multi remotely controlled weapon station armed with two seven-tube 70mm rocket launchers from Thales Belgium. The demonstration marked the culmination of the successful qualification process for the Fieldranger Multi equipped with the Thales 70mm rocket launcher.

Previously limited to aircraft, these area saturation and precise strike applications can engage stationary and mobile targets at ranges of up to 7 km with minimal collateral damage. They are now qualified for use with the Mission Master A-UGV. This new configuration is now ready to be integrated into other types of platforms and armored vehicles.

The demonstration at Trängslet was performed using a secure, customized, remotely controlled tablet operating in a fully digitized scenario. Firing was controlled using Rheinmetall command and control software. Rheinmetall and Thales both stressed the critical importance of the human-in-the-loop configuration, meaning that the operator has complete control of the weapon system from target acquisition to final fire authorization.