Rheinmetall Presents Products for the Future Digitized Battlefield at Eurosatory 2022 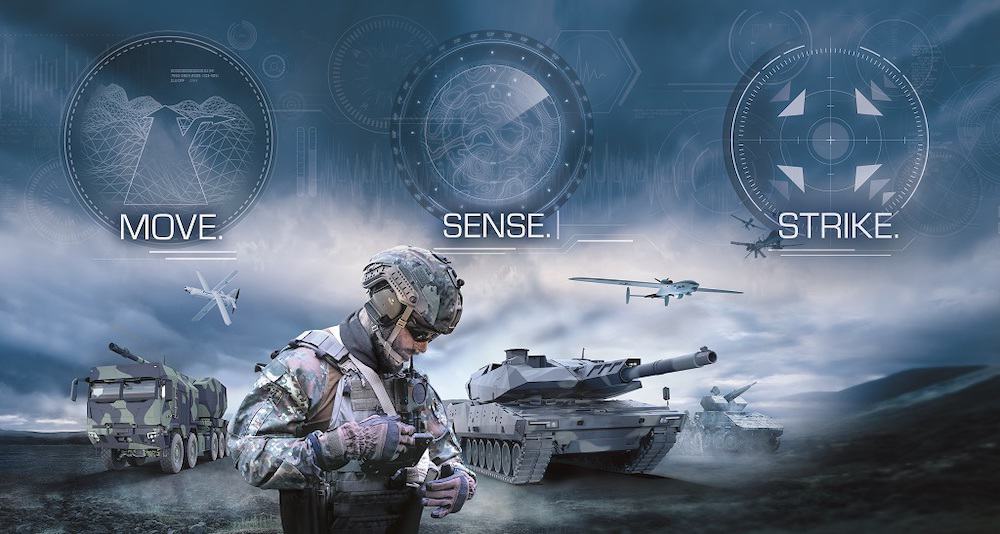 Rheinmetall will be presenting part of its extensive array of products, systems and activities for the digitized battlefields of the future at the Eurosatory 2022 exhibition, taking place 13-17 June in Paris.

With an exhibition area of around 3,000 square meters, this will be Rheinmetall’s biggest-ever presence at Eurosatory. The company will be debuting many products at year’s show, including:

Future Tanknology – KF51 main battle tank: The KF51 is the newest member of Rheinmetall’s family of tracked armored fighting vehicles. Delivering dual-capability dominance, the platform sets new standards in lethality, survivability, mobility, networkability and reconnaissance. Its 130mm main armament and other effectors endow the KF51 with superior firepower. The vehicle will be presented at a ceremony on 13 June at 14:00 hrs.

Rheinmetall Technology Cube: The Rheinmetall Technology Cube exploits cutting-edge technology, including augmented reality, to conduct a dialogue with users and procurement officials when developing next-generation combat vehicles. The aim is to rethink the future together – by integrating new kinds of drives, sensors, and subsystems into fully digitized, scalable vehicle platform concepts.

Unmanned systems and robotics: For the first time, Rheinmetall will be presenting the newly developed LUNA Next Generation Unmanned Aerial Vehicle (UAV), designed for unmanned aerial reconnaissance, classification, and recognition of objects in real time. Rheinmetall will also be showing how various integrated, unmanned air-supported reconnaissance systems can reinforce the sensors of ground platforms and improve overall situational awareness. The Robotics-L walking robot and Mission Master models SP and XT demonstrate how robotics is already changing the modern battlefield. Robotics-L can carry out reconnaissance missions. The Mission Master SP vehicle is configured for transporting cargo, while the XT is a designed for a fire support role with a launcher for loitering munitions.

Loitering munitions: These air-supported precision munitions combine the characteristics of drones and guided missiles. They enhance the ability of even small units to reconnoiter target zones from above, coupled with standoff, high-precision engagement of targets. Rheinmetall and its partner UVision have entered a cooperation agreement to market UV’s Hero family of loitering munitions in Europe. At Eurosatory, the two companies will be highlighting possibilities for integrating Hero LM systems into manned and unmanned vehicles.

In addition to these debuts, Rheinmetall will also be presenting various other products and projects. These include:

Air defense: Rheinmetall is displaying a Boxer 8×8 wheeled armored vehicle configured for an air defense role, topped with the Sykranger 30 turret and an integrated surface-to-air missile launcher. Also on show will be the Skynex air defense system, consisting of a 35mm Mk3 Revolver Gun, Multi Sensor Unit with AESA radar, and a Control Node 1 command center, with a high-energy laser functioning as a future effector.

Digitized battlefield: Rheinmetall will show how the interplay of sensors, effectors and human-machine interfaces can lift the ‘fog of war’. Rheinmetall will also be showcasing the current configuration of its Gladius 2.0 soldier system and how it can be networked with manned and unmanned vehicles and subsystems.

Rheinmetall will be presenting its comprehensive expertise in categories including weapons and ammunition for threat-commensurate, scalable application of force as well as innovative, networkable sensor systems for applications on land, at sea and in the air, in addition to high-performance simulation technology for top-of-the-line training.