Dstl’s telexistence technology allows a user to sense, touch, feel, and interact with objects in a location many miles away without physically being present dstl News By DA Reporter / 16 Nov 2021 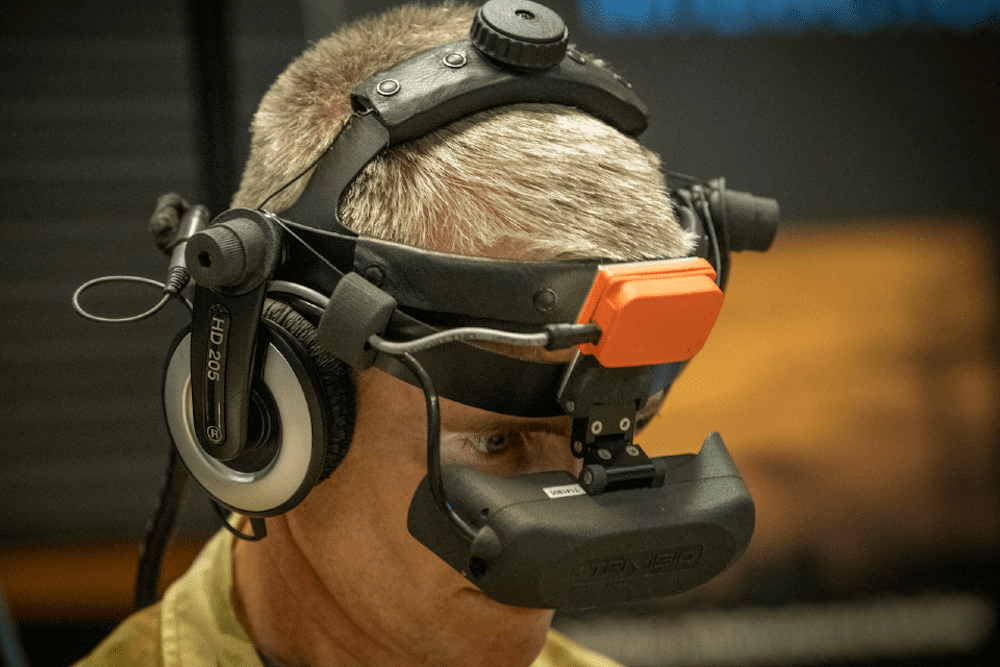 The Defence Science and Technology Laboratory (Dstl) has demonstrated innovative telexistence concepts that could give military personnel, emergency services, or humanitarian workers the capability to undertake dangerous tasks in hazardous environments without physically being present.

An array of different telexistence technologies were displayed by industry suppliers to potential military and government users during an event organised by the U.K. Ministry of Defence Defence and Security Accelerator (DASA) and co-funded by the Nuclear Decommissioning Authority (NDA).

Telexistence combines 3 separate technologies to allow a user to experience being in a location many miles away as if they were there along with the ability to sense, touch, feel, and interact with objects.

This is achieved using a remotely-operated system, and relies on the integration of telepresence to see and hear, robotics or wearable assistive technologies for interaction, and haptic feedback or sensors to touch and feel the remote environment.

Telexistence offers a future generation of technology to mitigate the human risk associated with operating in hazardous environments by removing personnel from dangerous areas.

Dstl foresees a variety of applications for telexistence technologies in missions such as:

As well as reducing risk, telexistence has the potential to reduce logistical burden and increase the speed that users can be deployed. This would offer advantages to capabilities where there are a limited number of specialists. Telexistence would allow these specialists to support several operations as and when needed, rather than being deployed to a specific operation in case their skills are required.

“The project aims to help us understand where telexistence may improve defense capabilities, shaping user requirements to influence future technology development,” said Dr Nicky Armstrong, Dstl’s technical lead. “By exploiting the technology early, we will grasp the possibilities and limitations of the concept, enabling us to identify and rectify gaps that would hinder its adoption.”

“It was fantastic to see the prototypes in action after all the hard work and development by the suppliers,” said Jen Mcara, DASA Associate Delivery Manager. “Seeing the technology first hand gives potential military and government users a real feel for how the innovations could help them tackle a range of defense and security challenges from a safe distance. This collaboration between Dstl, NDA and innovators is a key part of DASA’s work to pull through next generation defense technology.”