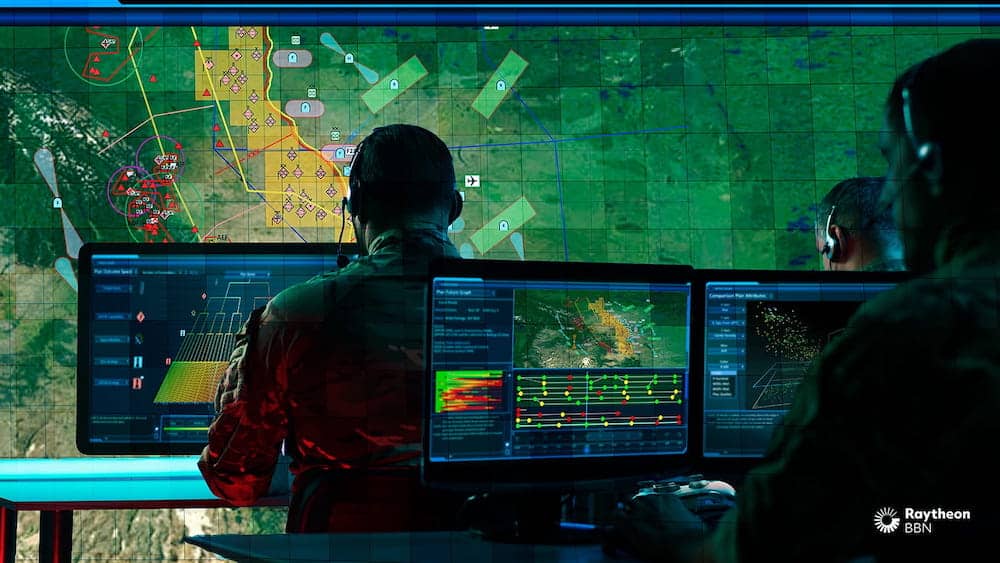 As part of the US Air Force Research Laboratory’s Fight Tonight program, Raytheon BBN will create a collaborative game that will enable the evaluation and refinement of air attack options nine times faster than current methods.

Fight Tonight aims to enable military leaders to rapidly determine the most effective way to achieve objectives during complex air attack scenarios by evaluating plan effectiveness against many possible situations and outcomes using faster-than-real-time executions of red and blue strategies.

Using a technique of collaborative gameplay and layering—building options and parameters onto a master scenario—the Raytheon system will help operators identify visually which options have the greatest likelihood of achieving commander’s intent, even in the face of uncertainty.

According to the company, this collaborative technique with auto-exploration and artificial intelligence assistance will shrink planning time from an average of 36 hours to four. Additionally, by layering possibilities, gray space can be identified—what things haven’t been considered that deserve a closer examination—such as adverse weather, an interruption of communications, or unanticipated adversary tactics.

“Today’s planning requires large teams of people to create a plan—often in a siloed manner—that is based on a likely scenario,” said John Myers, Raytheon BBN principal investigator for the effort. “But the battlespace is dynamic, which leads to obsolete plans once an actual engagement is underway.”

The contract has a potential value of $25 million over three years. The Raytheon BBN-led team includes Breakaway Games, Raytheon Missiles & Defense, and Raytheon Intelligence & Space. The work will be completed in Cambridge, Massachusetts; Rome, New York; and Hunt Valley, Maryland.