The Rapid Dragon team conducted an airdrop from C-17A and EC-130SJ aircraft, and, at an operationally relevant altitude, the pallets released surrogate missiles in quick succession, each aerodynamically identical to a JASSM-ER lockheed-martin News By DA Reporter / 23 Sep 2021 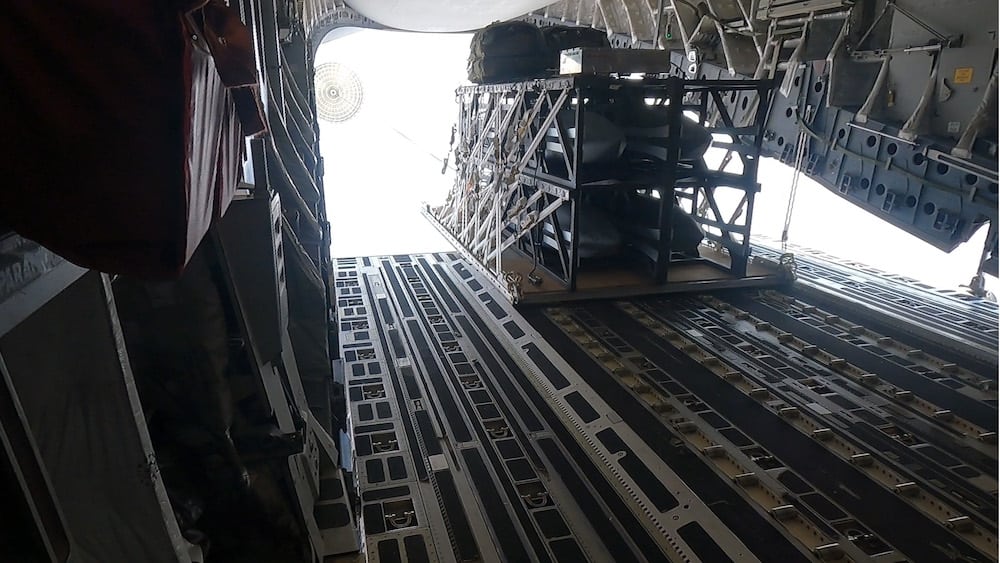 Rapid Dragon is a fast-paced USAF Strategic Development Planning and Experimentation (SDPE) program that has moved from concept to surrogate missile deployment in just 10 months.

The Rapid Dragon team conducted an airdrop from a C-17A Globemaster III and another from an EC-130SJ Commando Solo. In both flights, aircrews deployed a pallet at an operationally relevant altitude. Once stabilized by parachutes, the pallets released surrogate missiles in quick succession, each aerodynamically identical to a JASSM-ER.

A ground crew transmitted new targeting information to the Rapid Dragon system during both flights via beyond line-of-sight communications. The ability to retarget missiles while the aircraft is airborne provides combatant commanders the flexibility to respond to changes in a dynamic operational environment.

“They are a big step toward showing the feasibility of the palletized munitions concept and the ability of mobility aircraft to augment the strike capacity of tactical fighters and strategic bombers.”

SDPE and Lockheed Martin are conducting additional tests in coming months, culminating in an MC‑130J airdrop of a real JASSM-ER under powered flight by the end of 2021.