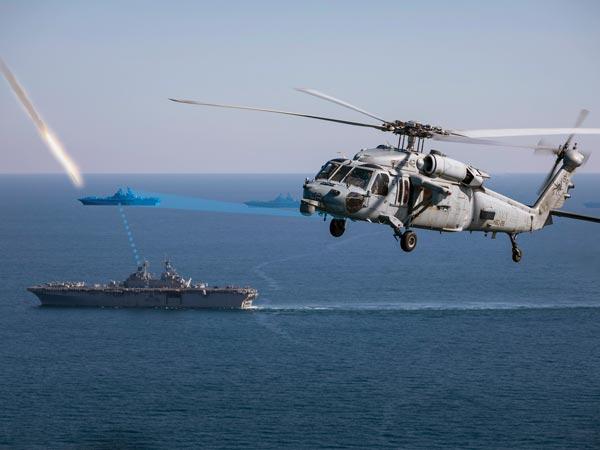 The AOEW program delivers persistent electronic surveillance and attack capabilities against potential threats such as anti-ship missiles, thereby allowing naval warfighters to see incoming threats and respond to them in real-time.

Designed with decades of leading RF, antenna and military system expertise, CAES manufactures a full range of arrays for aerospace and defense applications. CAES’ Phased Array Antennas provide both a high sensitivity receive surveillance and an Electronic Attack (EA) transmit capability for AOEW AMP AN/ALQ-248 systems. They support the system’s ability to work independently or with the ship’s onboard electronic surveillance sensor, SEWIP Block 2 AN/SLQ-32(V)6, which also features CAES Antennas, to detect an incoming missile, evaluate where it is going, and then transmit countermeasure techniques to deter the missile.

“Delivering leading-edge technologies to support and protect our warfighters is of utmost priority to CAES,” said Mike Kahn, President and CEO, CAES. “For decades, CAES has worked closely with Lockheed Martin and the United States Navy and we are pleased to be their partner of choice once again on the AOEW system.”