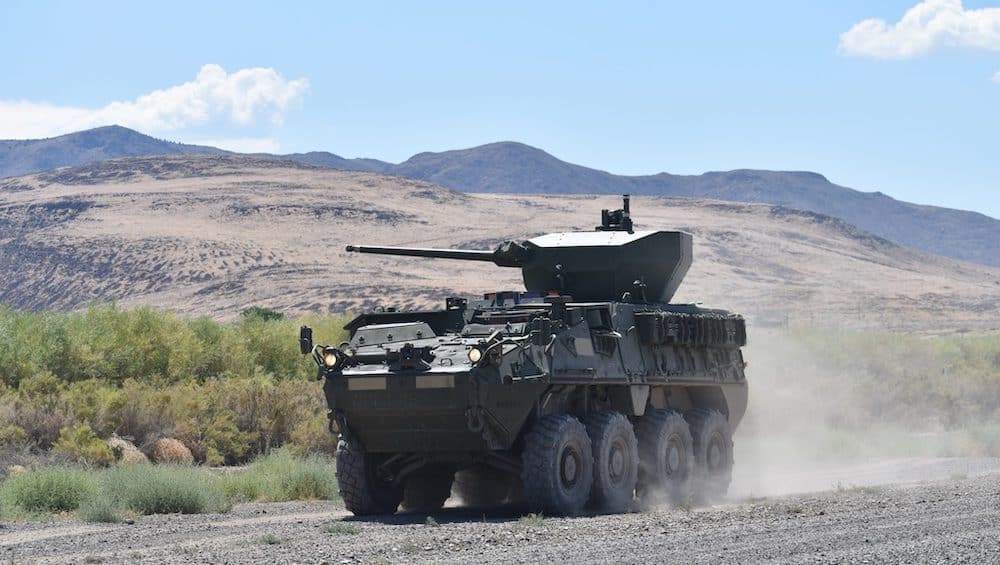 Oshkosh Defense teamed with Pratt Miller and Rafael Advanced Defense Systems to deliver an MCWS that provides increased lethality, accuracy, and range while maintaining the mobility and survivability of the Stryker ICVVA1. The 30 mm gun is based on Rafael’s SAMSON family of turrets.

The contract calls for the integration of the Oshkosh MCWS onto three Stryker Brigade Combat Teams (SBCTs) as well as a full spectrum of system technical support, interim contractor logistics support, and integrated product support.

The U.S. Army’s selection comes after the completion of the test and evaluation of Production Representative Sample Systems (PRSS) at Aberdeen Test Center in Maryland. The PRSS were evaluated against stringent vehicle and turret performance requirements.