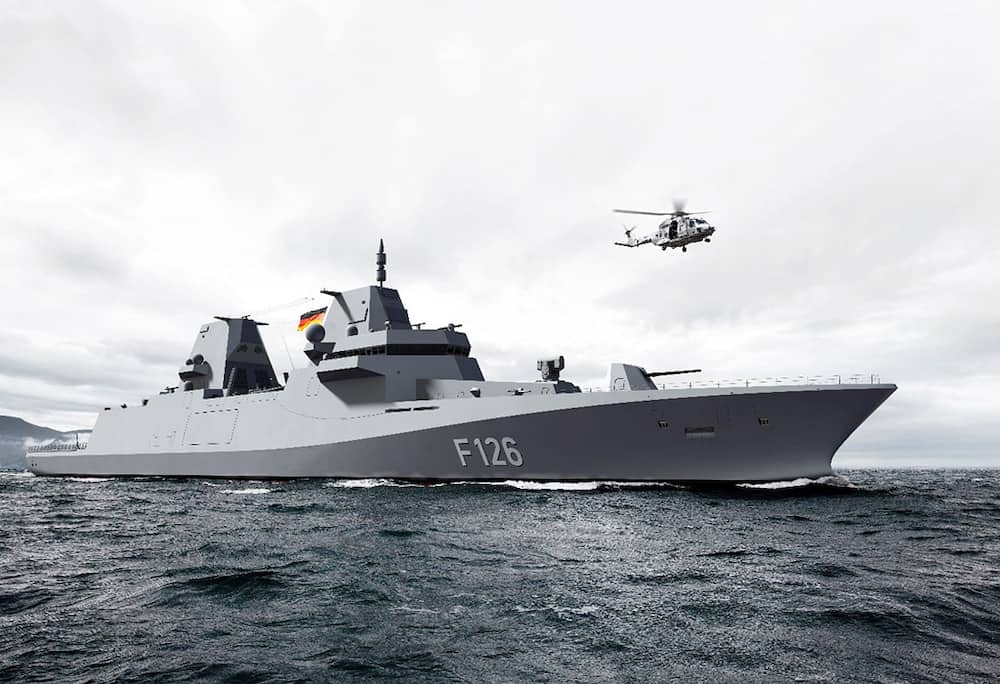 HENSOLDT has signed a contract with Thales worth over €100 million to deliver its TRS-4D naval radar for the F126 future multi-purpose frigates of the German Navy.

Contracted in 2020, F126 is the latest frigate program for the German Navy. The F126 class will consist of four ships with an option for two more ships; the program also includes multiple land-based test and training sites. The first frigate F126 is expected to be delivered to the customer in 2028, with the entire program running for over ten years.

HENSOLDT’s TRS-4D radar will be installed in its non-rotating version with four fixed-panel arrays. The integration of the radar on the ships and shore installations will be done by Thales to deliver a mission and combat system that complies with the German requirements. First deliveries are scheduled for 2025.

With this system, in combination with other systems and sensors onboard, F126 has the ability to operate in the most complex maritime environments, and therefore contribute internationally to securing safety and stability.

“We are happy to work together with HENSOLDT and give the Frigates F126 a sensor suite that fully complies with the German requirements,” said Gerben Edelijn, Vice President Thales Above Water Systems. “German and Netherlands’ navies and industry have a long tradition of working together with formidable results and we are looking forward to continuing this tradition.”

“Our TRS-4D and its high-end components are deployed onboard several German Navy ships offering a high degree of commonalities to the customer,” said Markus Rothmaier, Vice President Naval & Ground Radars at HENSOLDT. “I am proud that we are able to offer the German Navy, together with Thales’ sensor technology and combat system, a comprehensive and truly European solution.“

Radars of the TRS-4D product family are already in service in different versions onboard German Navy ships, among them the Frigate F125 and the Corvette K130 (second batch) and benefit from continuous product improvements and advantages with regards to spare part management and training. For this reason, TRS-4D NR has been pre-selected by the German Navy.