The ELCAN Specter DR 1-4x is a combined reflex and telescopic sight, allowing operators to see close up or far away with a single sight raytheon-elcan By DA Reporter / 30 Nov 2021 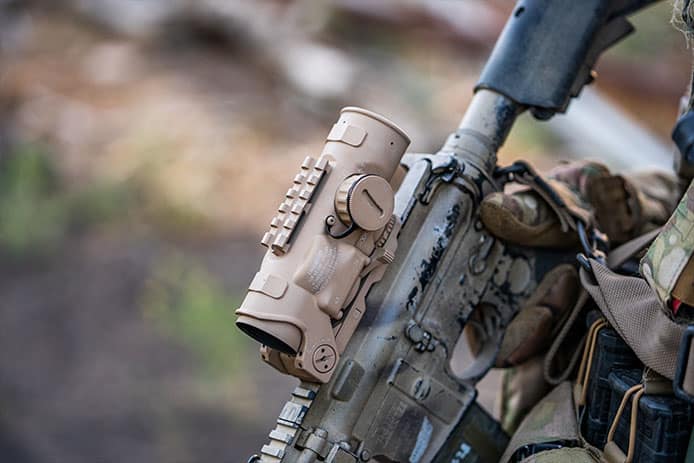 Raytheon ELCAN and LEONARDO Germany have been awarded a contract for 107,929 main combat sights for the German Armed Forces. Leonardo Germany is the prime contractor to the BAAINBw and will provide in-country support.

The ELCAN Specter DR 1-4x is a combined reflex and telescopic sight, allowing operators to see close up or far away with a single sight. The sights chosen by the Bundeswehr will have a bullet-drop compensator, etched reticle and a Picatinny/STANAG rail integrated into the housing with an ambidextrous, easy-to-use, throw lever to switch instantly between magnifications. The sights have an integrated laser filter to help keep soldiers safer on the battlefield.

“The Specter DR dual-role sight is Canadian technology and battle-proven with forces across NATO,” said Mike Lewis, rifle sights mission area lead for Raytheon ELCAN. “The variable magnification and durability of the Specter is a great advantage for the German Armed Forces.”

Deliveries started in the third quarter of 2021.