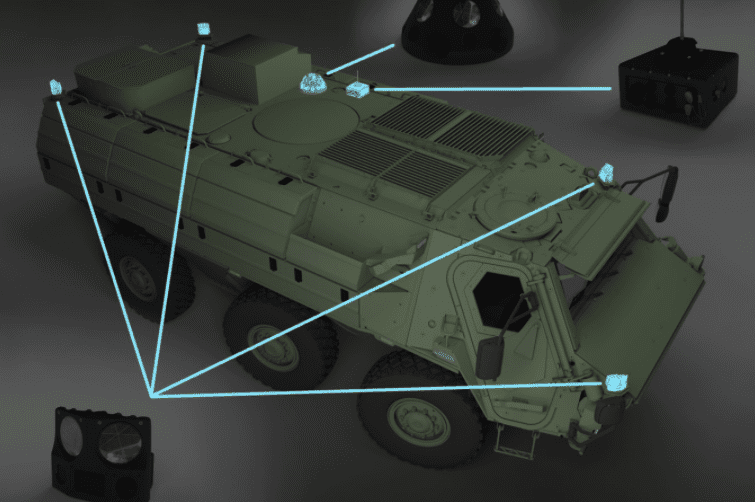 Until now, the German Army had used a cable-based AGDUS passive system but the new units are connected wirelessly to a central electronics system. The equipment now includes a roof sensor that enables detection of hits from shots fired from above.

The contract is worth a figure in the upper single-digit million-euro range. Delivery begins in 2021 and is scheduled to be complete by December 2023.

By simulating the effects of weapons fire, the laser-supported AGDUS enables highly realistic combat training. It consists of vehicle-mounted sensors that receive laser signals; the central electronics; and a display and control unit.

AGDUS precisely determines the simulated hit location and a detailed damage simulation based on vehicle-specific damage models. All data and facts concerning the laser-based engagement are relayed in near-real time to the exercise control cell, where the results of hits are depicted optically.

The sensor modules can be arrayed and expanded in accordance with specific training requirements. Encompassing the so-called casualty model which calculates the consequences of a hit for crew and vehicle, the connection between the sensors and the central electronics features a short-range radio transmission system. This is based on a proprietary solution from Rheinmetall involving a multi-frequency process to assure stability of training. The signals are bundled and transmitted simultaneously via two or more radio links (frequency diversity). To assure the required stability, the transmitter and receiver operate in parallel, thus avoiding breaks in transmission.