The TARSIS 75 system from AERTEC incorporates pulsed laser designator and intelligence, surveillance and reconnaissance capabilities based on electro-optical and mid-band infrared sensors to locate and identify targets at long range aertec News By DA Reporter / 28 Jul 2021 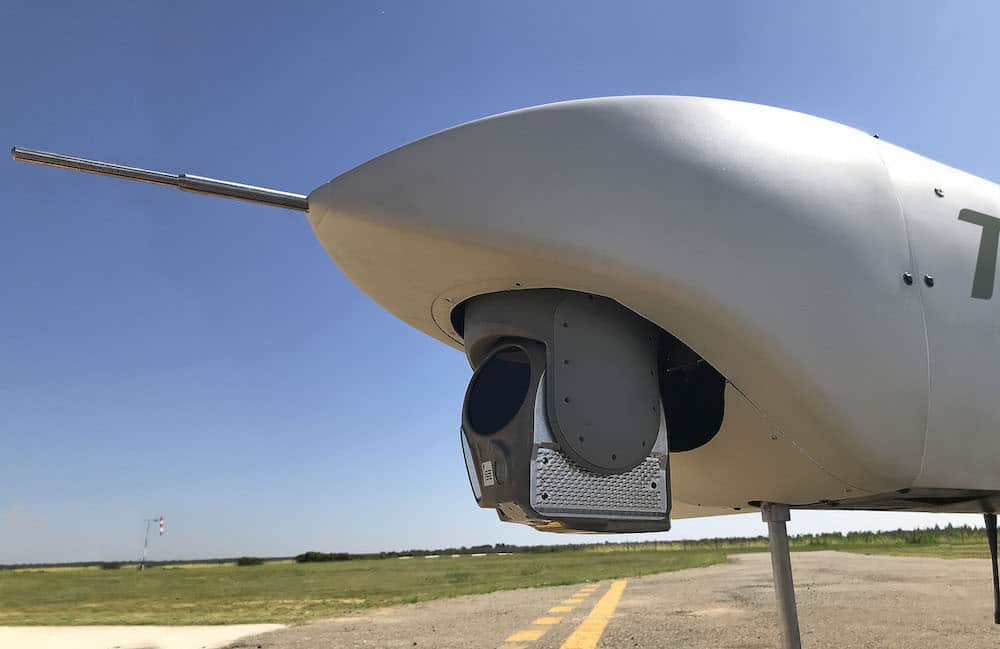 The TARSIS 75 Unmanned Aerial System (UAS) produced by AERTEC has carried out a flight campaign at the facilities of the El Arenosillo Experimentation Centre (CEDEA) for the Spanish Ministry of Defense.

This flight test is the first time in Europe that a laser designator that complies with the STANAG 3733 standard has been integrated into a Class I unmanned system.

The gyro-stabilised system incorporates pulsed laser designator capability and Intelligence, Surveillance and Reconnaissance (ISR) capabilities based on electro-optical and mid-band infrared sensors to locate and identify targets at long range, both in day and night-time operations.

In addition, AERTEC is developing in parallel guided weaponry for UAS, which will complement the designator capability and provide full strike capabilities.

TARSIS continues to be a category leader in ISR capabilities related to the protection of the Armed Forces, both for fixed installations and convoy escort. Thanks to this new technological milestone achieved by the TARSIS 75, Class I tactical unmanned systems can now also enter these types of operation.

The campaign was carried out within the framework of the RAPAZ Program promoted by the Ministry of Defense’s Directorate-General of Weapons and Materials (DGAM – Dirección General de Armamento y Materiales).