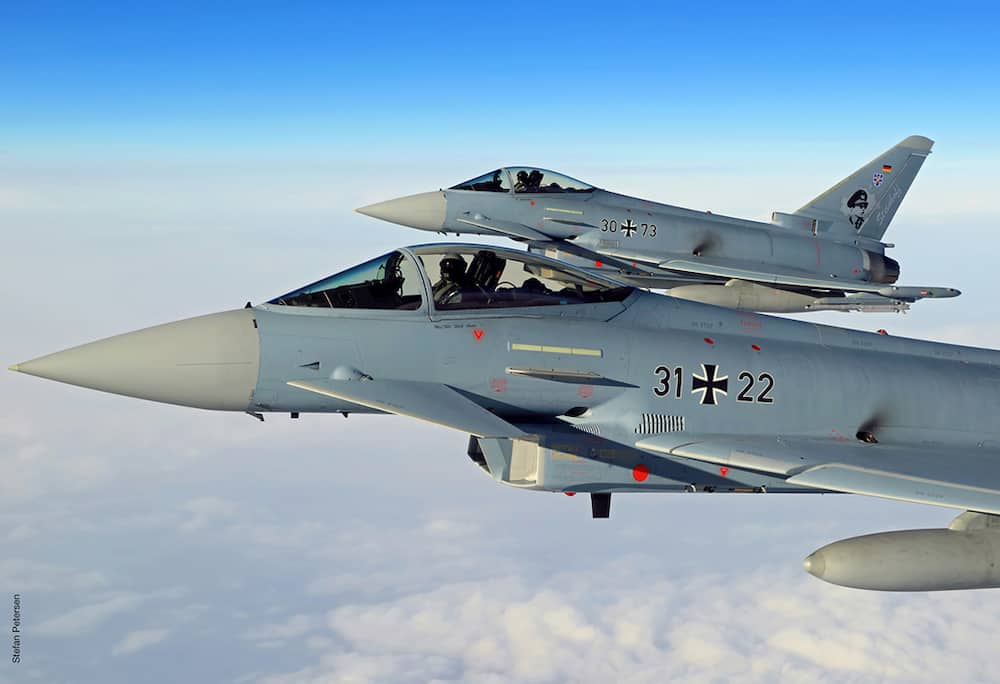 The system, known as Kalaetron Attack, has proven its effectiveness in current threat scenarios in extensive ground tests. It is part of HENSOLDT’s fully digital Kalaetron product family, which is used in the NH90’s self-protection system and for signals intelligence with the German Armed Forces, among others.

The core elements of the system are a fully digitized, broadband sensor and effector, an electronically controllable jammer and a condensed structure of the electronic components only made possible by metallic 3D printing. This has made it possible to configure the jammer in such a way that it can be easily integrated into pod formats commonly used worldwide and various flying platforms but can also be scaled for sea and land applications.

“The products of contemporary airborne electronic warfare are available in Germany,” says Celia Pelaz, Chief Strategy Officer and Head of the Spectrum Dominance Division at HENSOLDT. “At HENSOLDT, we are bundling these capabilities in order to develop – if necessary, in cooperation with other companies – a solution under national sovereignty. By combining the latest technologies, we have managed to optimize the interference performance in a targeted manner. This makes Kalaetron Attack scalable at any time for deployments as a self-protection system or the roles of an escort and stand-off jammer.”

The next development step planned for summer 2022 is to install it in an aircraft in order to confirm the promising laboratory results in realistic flight tests.

HENSOLDT is already involved in the production and further development of the Eurofighter’s self-protection system as part of the EuroDASS consortium.