The U.S. Department of Defense and airmen from the USAF are trialling the UIPE Air system, designed to give greater mobility and to lower the thermal burden on warfighters News By DA Reporter / 18 May 2021 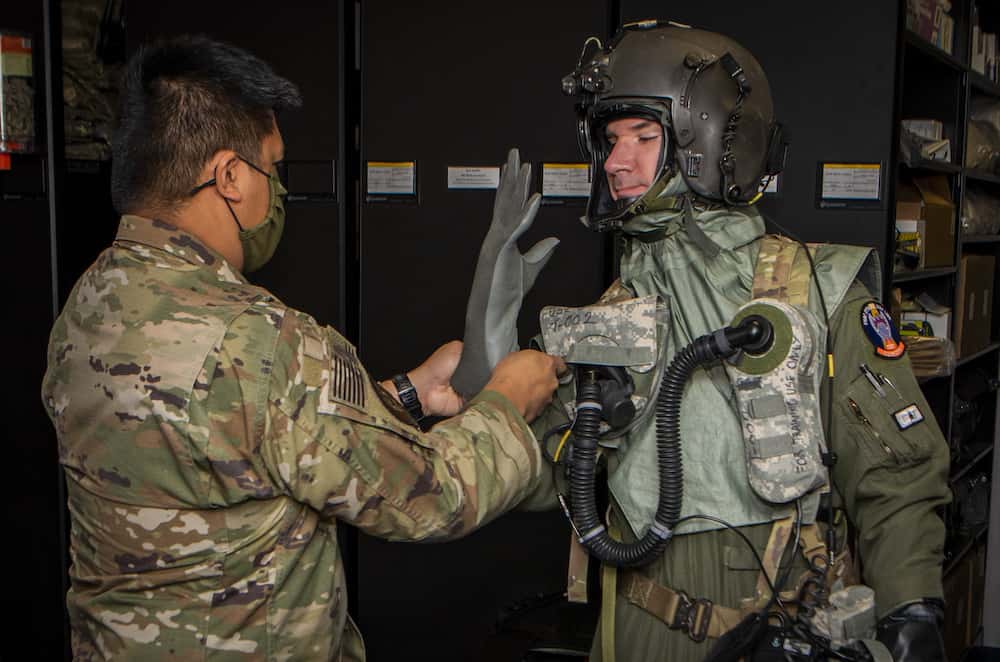 Representatives from the Department of Defense (DoD) and the 88th Test and Evaluation Squadron are participating in ongoing developmental testing of the new Uniform Integrated Protective Ensemble (UIPE) Air system at Nellis Air Force Base, Nevada.

UIPE Air is a layered clothing system including gloves, respirator, and undergarments.  The lighter and more breathable two-piece undergarment offers better mobility and aims to lower the thermal burden on warfighters. With this, air crews will be able to stay in the suit longer and with reduced chance of heat causalities whilst still providing protection in a toxic Chemical, Biological, Radiological and Nuclear (CBRN) environment.

The system’s integration is being tested on HH-60 Pave Hawk Helicopters from the 855th Aircraft Maintenance Squadron . Testers evaluated how it integrated with the aircraft and the other equipment the air crews are required to use.

The representative airframes for the initial integration and wear evaluation phase of the new system will be the KC-135 Stratotanker, F-16 Fighting Falcon, C-130 Hercules and the HH-60 Pave Hawk Helicopter.

With the view of replacing the current 66P legacy system, this upgrade is a huge undertaking, with the U.S. Air Force alone accounting for more than 80,000 systems.

The projected goal of the participating agencies is to finalize and verify the design and begin distribution by the second quarter fiscal year 2024.