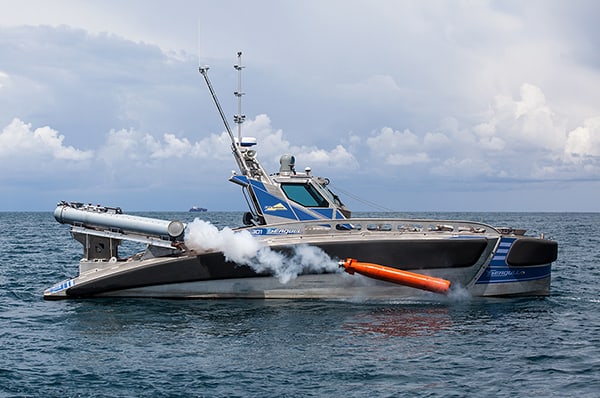 The contracts, which have a cumulative value of approximately $56 million, will be performed over a 12-month period.

Under the contracts, Elbit Systems will provide its Seagull Unmanned Surface Vessels (USVs) configured to perform ASW missions. The USVs will integrate Helicopter/Ship Long-Range Active Sonars (HELRAS) and will be equipped with the company’s autonomous suite, combat management system and satellite communication capability.

The USV is designed for use in ASW missions such as mine countermeasure surveillance, electronic warfare, maritime security, and hydrography.

Elbit Systems will also provide the Towed Reelable Active Passive Sonar (TRAPS) systems, which will be installed onboard the user’s corvettes. The systems are low frequency variable-depth-sonars intended for identifying, tracking and classifying submarines, midget submarines, surface vessels and torpedoes.

“We believe that our portfolio of proven maritime capabilities is well positioned to support the growing operational requirements of naval forces around the world.”