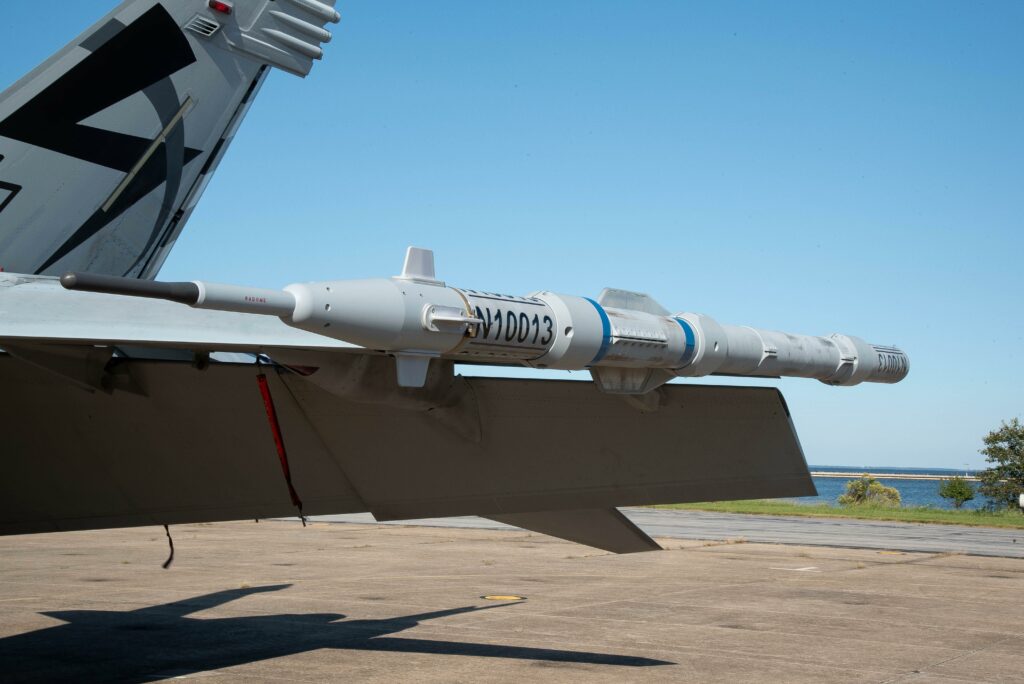 The latest series of tests, conducted by Air Test and Evaluation Squadron (VX) 23, are the culmination of innovative, strategic planning across multiple organizations working together with industry to complete this mission with urgency.

“It is a significant milestone event when a system moves from lab testing to aircraft testing at Pax River.  Due to the hard work of our government and industry team, these tests are meeting program schedule dates to enable low rate production this April,” said Capt. Lisa Sullivan, PMA-205 program manager.

Traditional air combat training missions have included a combination of live and simulated range training missions designed to prepare aircrew for real world combat with adversaries. As training requirements have changed over time, the Navy and Marine Corps have worked with industry to find innovative methods to revolutionize the way air combat training is conducted while improving integrated training readiness at the same time.

“This is one step closer to bringing these real-time training capabilities to the warfighter, in the end allowing them to train like they fight,” said Melissa Benish, PMA-205 TCTS II lead assistant program manager for test and evaluation.  “Our strategy is developmental test with a focus on mission-level requirements.”

TCTS II has an open systems architecture that interfaces with current training assets such as electronic warfare threat emitters and ground-based systems. The advanced processor, advanced data link, and capability for advanced waveforms all encompassed within an open architecture ensure the system is scalable to meet current and future requirements while controlling future costs.

Earlier this year, the U.S. Air Force joined the TCTS II program to leverage investments made by the Navy and delivery training capabilities sooner and at a lower cost.  The services will work together to use this system to train in real-world environments with real-world threats.