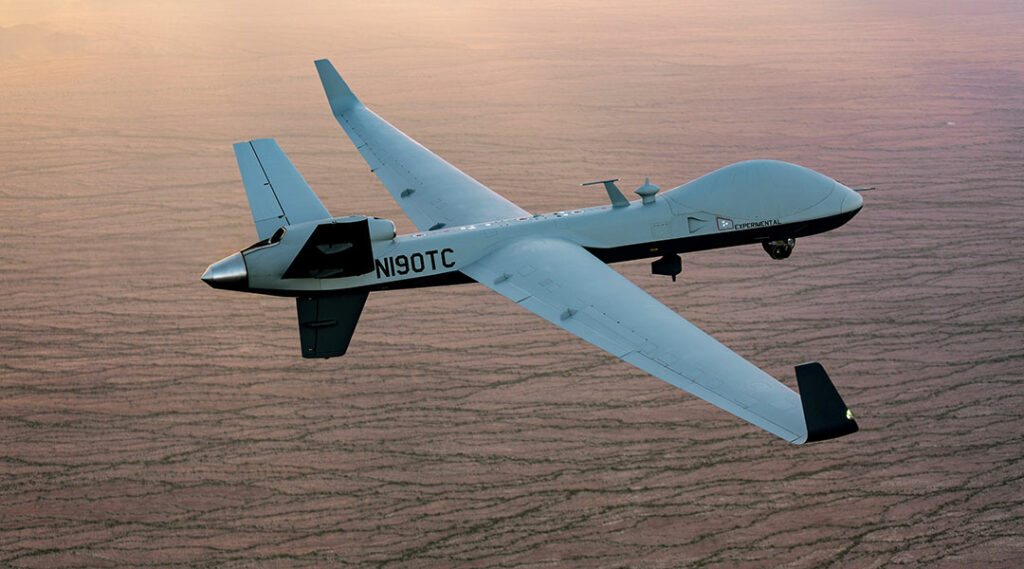 The testing included multiple load cases to 150 percent of expected maximum flight loads. The wing was loaded using specially designed fixtures to apply a distributed load across the wingspan – simulating gust and maneuver flight conditions – with no failures.

This particular wing design is the culmination of a large development effort from multiple areas within GA-ASI and represents a major milestone in qualifying the MQ-9B SkyGuardian and SeaGuardian RPA to fly in non-segregated airspace. The wing test success also establishes the baseline wing design for the entire MQ-9B product line. This is critical as GA-ASI starts deliveries to the multiple customers pursuing the MQ-9B including the United Kingdom, Belgium and Australia.