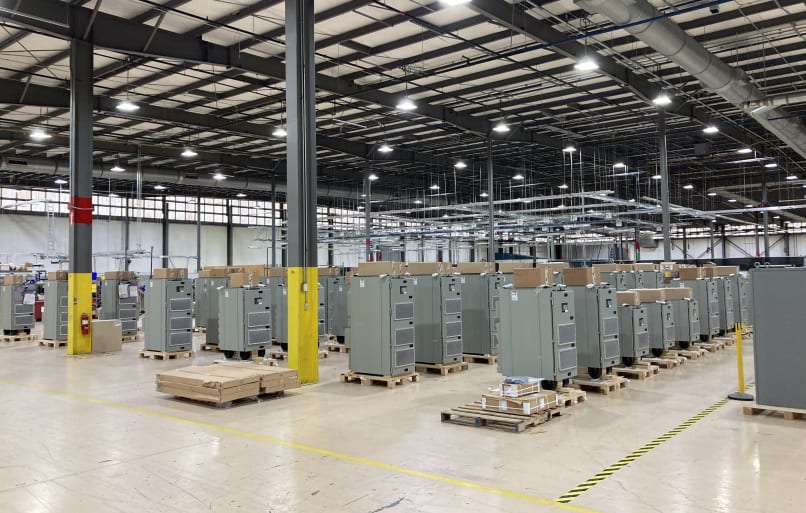 BAE Systems has been awarded contracts by the U.S Navy to develop and integrate a mission-critical information warfare platform that will help vessel crews execute their missions and remain connected while at sea. The Consolidated Afloat Network Enterprise Services (CANES) will initially be provided for two Arleigh Burke class destroyers, a Virginia class submarine, and two Blue Ridge class command ships.

The first task order, issued by the Naval Information Warfare Systems Command (NAVWAR) San Diego, covers fully integrated CANES racks for the two command ships,expected to be completed by February 2022. Under the second task order, BAE Systems will produce fully integrated CANES racks for the two destroyers and the submarine, expected to be completed by March 2022. Work will be performed at BAE Systems’ 281,000 square-foot state-of-the-art production facility in Summerville, South Carolina.

CANES consolidates and enhances five existing legacy network programs and it serves as a single support framework for all command, control, communications, computers, and intelligence (C4I) applications that require dedicated infrastructure to operate.

Mark Keeler, vice president and general manager of BAE Systems’ Integrated Defense Solutions business, commented: “These two task orders permit us to continue our high-quality, high volume production and integration service, assembling and delivering CANES to the Navy safely and affordably. CANES takes advantage of commercial-off-the-shelf insertion, which brings operational agility to the warfighter and savings to the U.S. Navy.”