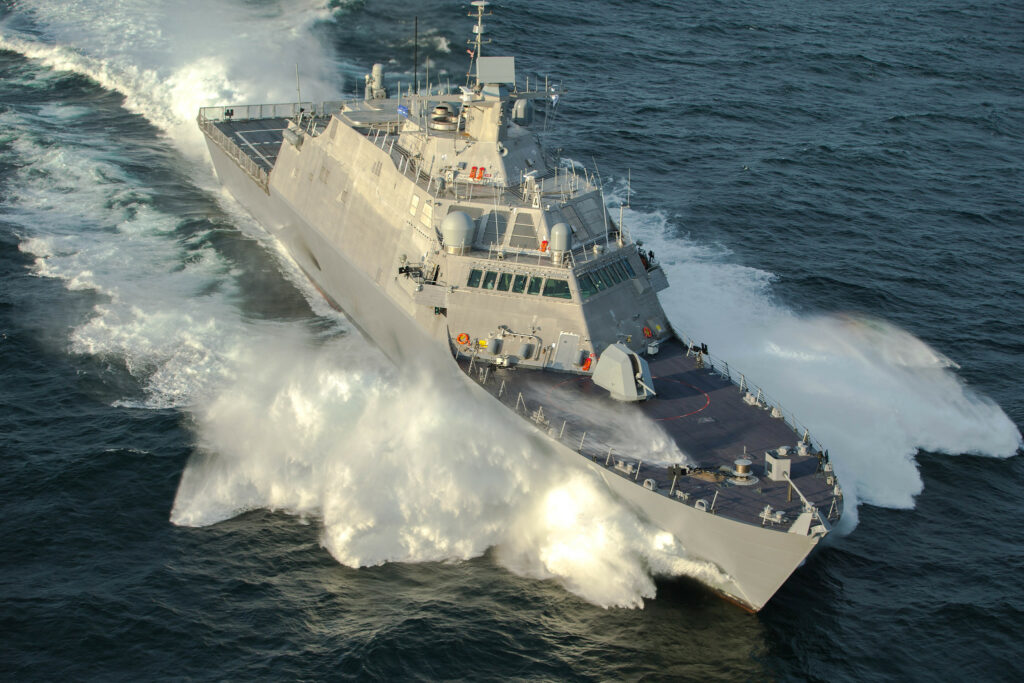 Littoral Combat Ship (LCS) 21, the future USS Minneapolis-Saint Paul, completed acceptance trials in Lake Michigan. Trials included a full-power run, maneuverability testing, and surface and air detect-to-engage demonstrations of the ship’s combat system. Major systems and features were demonstrated, including aviation support, small boat launch handling and recovery and machinery control and automation. Now that trials are complete, the ship will undergo final outfitting and fine-tuning before delivery to the U.S. Navy. LCS 21 is the eleventh Freedom-variant LCS designed and built by the Lockheed Martin-led industry team and is slated for delivery to the Navy early next year.

Regarding LCS’ capabilities, U.S. Southern Commander Admiral Craig Faller recently stated, “LCS has proven to be an effective and adaptable platform capable of multiple missions in our area of responsibility. It has become an end-game enabler for U.S. Coast Guard law enforcement authorities who disrupt transnational criminal organizations and the smuggling of deadly narcotics. Adding the LCS to our Enhanced Counter Narcotics Operation is helping save lives.”

Unique among combat ships, the focused-mission LCS is designed to support mine countermeasures, anti-submarine and surface warfare missions and is easily adapted to serve future and evolving missions. The Freedom-variant LCS is:

“I am pleased to see another successful acceptance trials on Lake Michigan,” said Jan Allman, CEO of Fincantieri Marinette Marine. “Together with our partners, Lockheed Martin and the U.S. Navy, our proud shipbuilding team puts in long hours to deliver a proven warship for the fleet.”