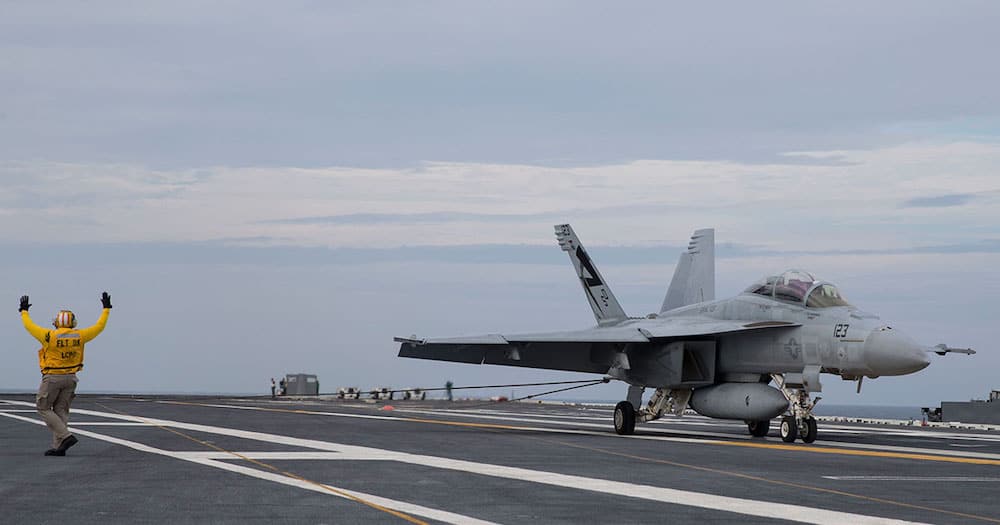 “The last 18-months have been very exciting and challenging. We are proud of the record number of critical ‘firsts’ EMALS and AAG achieved during this period to bring the systems into real-time operational readiness,” stated Scott Forney, President of General Atomics Electromagnetic Systems.

“Navy leadership set a clear goal of completing 8,000 catapult launches and arrestments during PDT&T. EMALS and AAG met and exceeded that goal with a 100% safety record.”

“What is also notable is that CVN 78 was the only East Coast carrier available for student aviator carrier training and pilot certification during this period,” said Forney.

“EMALS and AAG played a critical role in helping over 400 pilots, including new student aviators, achieve their initial carrier qualifications or recertify their proficiency.”

GA-EMS is also delivering EMALS and AAG for the future USS John F. Kennedy (CVN 79) and USS Enterprise (CVN 80).  EMALS and AAG will provide greater flexibility over legacy systems to accommodate the current air wing, as well as future manned and unmanned aircraft.