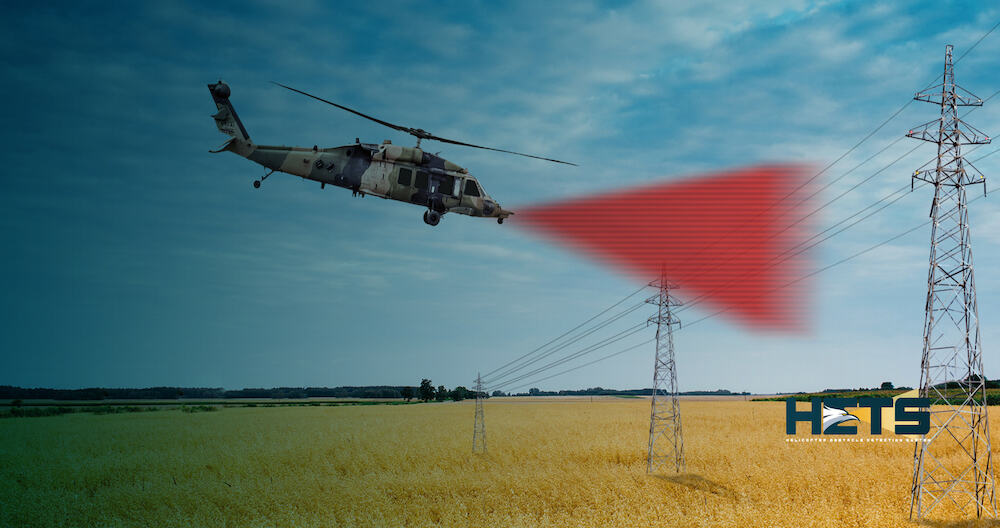 Meteksan Defence Industry Inc. has developed an active laser-based Helicopter Obstacle Detection System (HETS) and will exhibit it for the first time at the upcoming IDEF 2021 Exhibition in Istanbul, 17-20 August 2021.

HETS was developed within the scope of the contract signed between Turkey’s Presidency of Defense Industries (SSB) and the company in 2019.

The system consists of a fiber laser that has a wavelength of 1550 nm. It has the capability of detecting human-made structures such as buildings, towers, poles, power lines, and natural obstacles such as trees, forests, and hills, and provides audible/visual warnings to pilots.

Supporting different interfaces for easy integration into different helicopter platforms, the system differs from its competitors with its low power consumption and low weight.

HETS can detect horizontal and vertical obstacles including 5mm power lines by scanning twice per second in its 30*40 degrees field of view and has an instrumental range of 1500 m.

It warns the pilot against obstacles at appropriate times with LIDAR technology, high precision signal processing, and user-friendly visual creation capability. HETS can also produce synthetic sound and tones in addition to a visual warning.

The system supports MIL-STD-1553, RS-422, and ARINC-429 interfaces for use in integrated structures as well as producing video for MFDs.