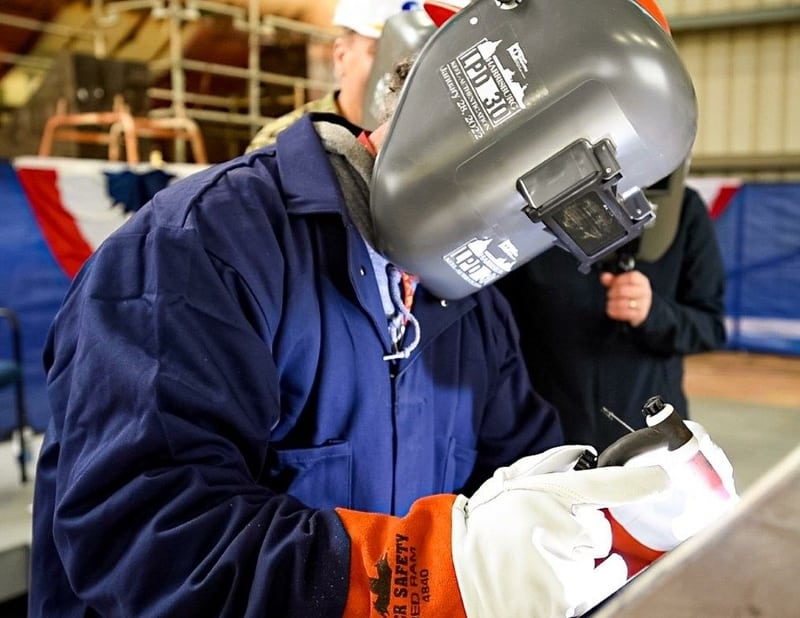 Harrisburg will be the first Flight II LPD and the 14th San Antonio-class ship of the U.S. Navy, and is set to replace Whidbey Island (LSD 41) and Harpers Ferry (LSD 49) classes of dock landing ships.

The keel ceremony marked the start of construction for Harrisburg by welding the initials of the ship’s sponsor, Alexandra Curry, into a ceremonial plate.

“While she could not join us, we welcome Mrs. Curry in spirit as she is now an important part of our shipbuilding family,” said Kari Wilkinson, president of Ingalls Shipbuilding. “We look forward to being with her throughout the life of the ship, and we are very grateful for her commitment to this crew. She is a true patriot, with deep respect and gratitude for military service.”

The San Antonio class is a major part of the U.S. Navy’s 21st century amphibious assault force. The 684-foot-long, 105-foot-wide ships are used to embark and land Marines, their equipment and supplies ashore via air cushion or conventional landing craft and amphibious assault vehicles, augmented by helicopters or vertical takeoff and landing aircraft such as the MV-22 Osprey. The ships support a Marine Air Ground Task Force across the spectrum of operations, conducting amphibious and expeditionary missions of sea control and power projection to humanitarian assistance and disaster relief missions throughout the first half of the 21st century.

Ingalls has delivered 11 San Antonio-class ships to the U.S. Navy and has three more under construction.