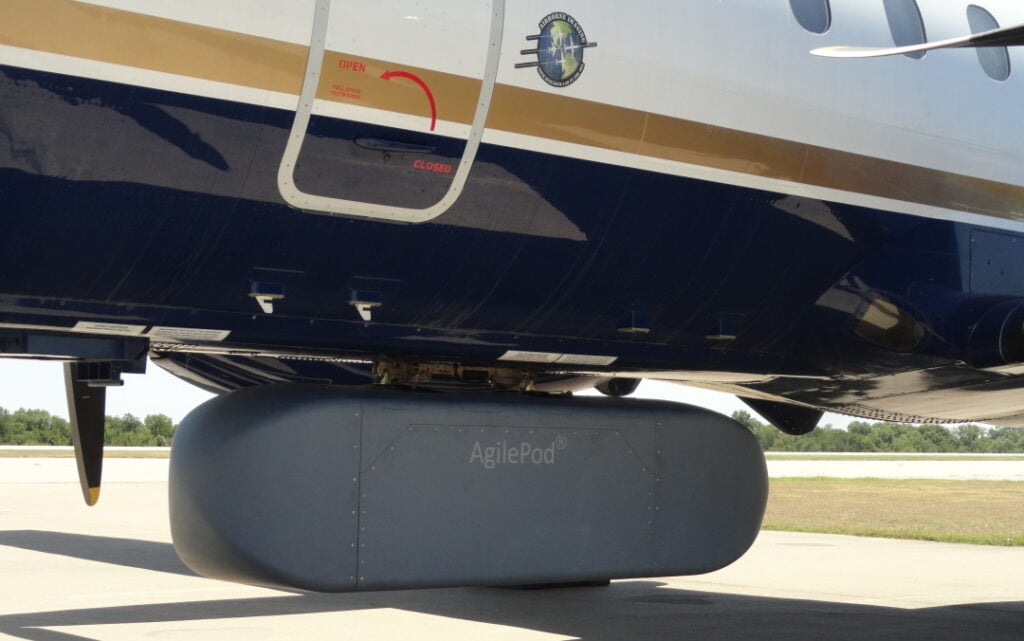 Jacobs’ KeyRadar has been certified by the U.S. Air Force Life Cycle Management Center as airworthy for flight testing in the AgilePod aerial system pod on commercially operated aircraft under FAA criteria. The certification was achieved after an extensive campaign of flight tests.

This milestone marks the culmination of the technical maturation phase for the integration of KeyRadar into an aerial system pod to demonstrate the system’s unique intelligence, surveillance and reconnaissance (ISR) and target detection/recognition capabilities. The pod, which features a self-contained, unpressurized rapid-on/rapid-off capability, is designed to operate on both manned and unmanned aircraft.

The AgilePod is a modular, open architecture aircraft external store, and the integration of KeyRadar met Modular Open Systems Approach (MOSA) and Sensor Open Systems Architecture (SOSA) standards. Both radar and pod were operated in an unpressurized environment, and conditions were varied between extreme warm and extreme cold temperatures, including moisture saturating weather. The system was evaluated against engineering, performance and environmental specifications.

Steve Arnette, Jacobs Critical Mission Solutions Senior Vice President, commented: “The integration of KeyRadar into an aerial system pod brings unique capabilities for ISR and time-critical detection/recognition applications. The completion of this flight campaign and certification represents a successful collaboration between our newly integrated team since acquiring KeyW and our partnership with the Air Force in delivering advanced technical solutions to the intelligence mission.”