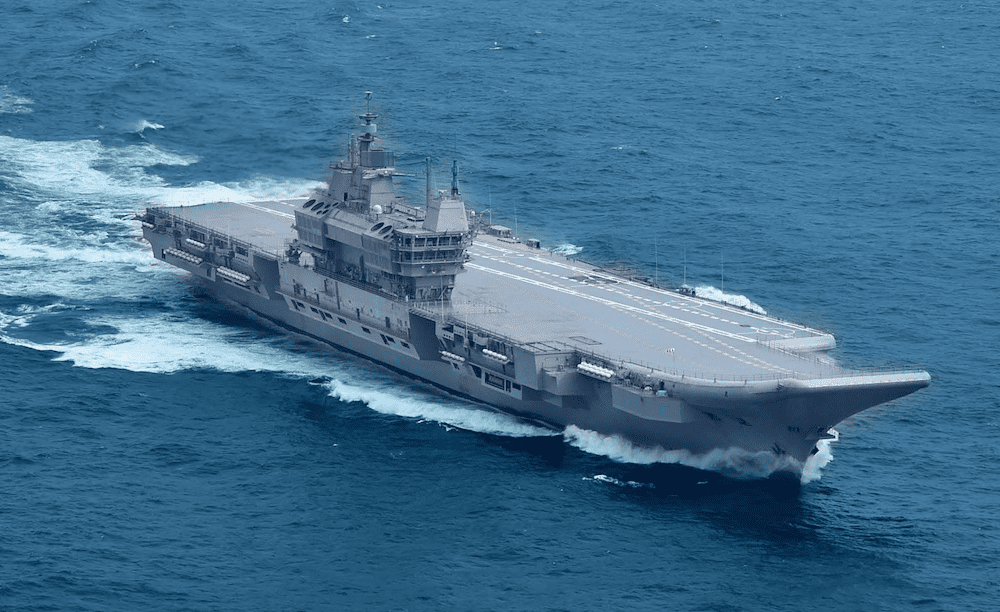 The Vikrant has been commissioned with four LM2500 engines powering the ship with 88 MW giving it a maximum speed of 28 knots.

The addition of the Vikrant to the Indian Navy’s fleet is a significant accomplishment for the Government’s ‘Make In India’ initiative, as 76% of the content is indigenous, adding India to an elite group of nations with Indigenous Aircraft Carriers (IACs).

With the commissioning of the Vikrant, the Indian Navy has 18 GE Marine engines in service, with additional engines in production to support the ongoing Project 17A ship construction.

The IAC project started in 2007. When selected, GE Marine announced the LM2500 marine gas turbines would power the ship and be built by Indian partner Hindustan Aeronautics Limited (HAL). The 262-meter-long carrier has 14 decks, can accommodate a crew of 1,700, and is capable of operating 30 aircraft.

The Vikrant underwent four phases of sea trials of major equipment and systems between August 2021 and July 2022.

“On this monumental day for the Indian Navy, having commissioned their first indigenous aircraft carrier, GE Marine is proud to be the power behind its propulsion,” said GE’s Kris Shepherd, Vice President & General Manager, GE Marine. “We are committed to supporting India’s indigenous military programs through our long-standing in-country relationships.”

The LM2500 gas turbine kits were manufactured at GE’s Evendale, Ohio, facility and assembled and tested by HAL’s Industrial & Marine Gas Turbine Division in Bangalore, India. GE has worked with HAL, which assembles, inspects, and tests all LM2500 gas turbines built for the Indian Navy, for more than 30 years.