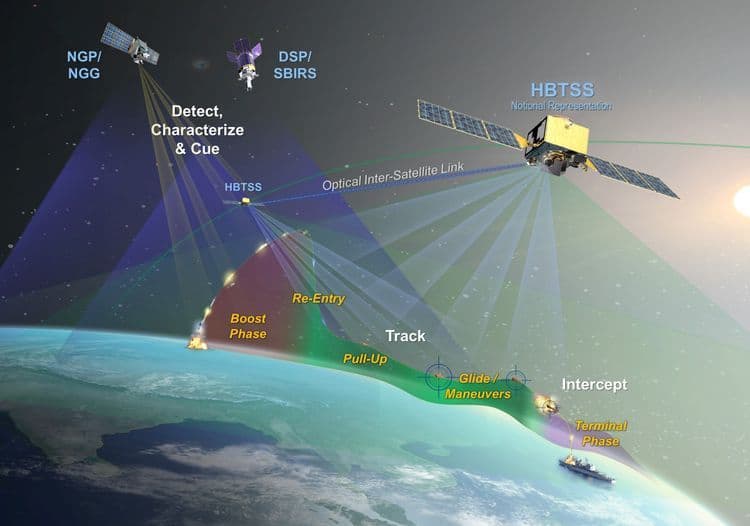 Northrop Grumman Corporation has completed the critical design review of the Hypersonic and Ballistic Tracking Space Sensor (HBTSS) prototype for the U.S. Missile Defense Agency (MDA). The review is aimed at establishing the company’s technical approach for precise and timely sensor coverage to defeat ballistic and hypersonic missiles.

HBTSS satellites are designed to provide continuous tracking and handoff to enable targeting of enemy missiles launched from land, sea or air. The satellites form a key part of the Overhead Persistent Infrared (OPIR) multi-layered constellation of satellites, which can sense heat signatures to identify and track missiles from their initial launch stages through until interception.

The satellites can also track threats with near global reach when prompted by other OPIR systems, well before they come into view of U.S. ground-based defenses.

“When it comes to national safety, there’s no room for error,” said Sarah Willoughby, vice president, OPIR and geospatial systems, Northrop Grumman. “This critical design review puts Northrop Grumman on track to deliver a vital component of our missile defense architecture to keep the U.S. and its allies safe against hypersonic threats.”

Northrop Grumman received a $153 million contract from the MDA earlier this year for the Phase IIB portion of the HBTSS program and is on schedule to deliver the HBTSS prototype in 2023.

After the HBTSS prototype is delivered, the company will conduct an on-orbit test to demonstrate its ability to continuously track and rapidly process its observations of hypersonic threats, as well as its ability to effectively hand off the information so the missile is intercepted.