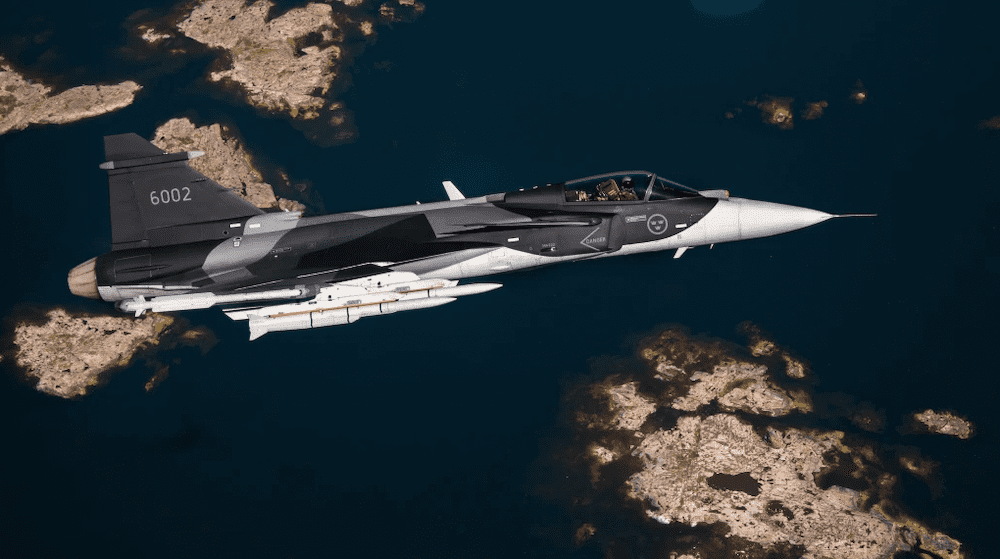 Saab has conducted the first test firing with the advanced Meteor Beyond Visual Range Air-to-Air Missile (BVRAAM) on the Gripen E aircraft with a successful end-to-end result on the target.

The Meteor missile was launched from Gripen E at an altitude of approximately 16500 ft above the Vidsel test range in northern Sweden.

“It feels very good that we have now completed the first test firing with Meteor from Gripen E,” said Mikael Olsson, Head of Flight Test & Verification, Saab. “It is a very important milestone both for the program and for Saab. It shows that the weapon capability of Gripen is at the absolute forefront.”

Meteor from MBDA is an advanced BVRAAM that the company claims can operate in the most contested environments to successfully engage a wide variety of targets, from fighter aircraft to small Unmanned Aerial Vehicles and cruise missiles at unrivalled ranges.

“This success is a great demonstration of the close partnership between MBDA and Saab, which after many years of active co-operation continues to go from strength to strength,” said Jim Price, MBDA Vice President Europe. “This trial also excellently shows off our joint ability to rapidly integrate weapon capabilities onto the all new Gripen E.”

The focus of the flight test program for Gripen E is on continued development and testing of the tactical systems as well as integration of a variation of weapons.

The Meteor program is one of Europe’s most successful defense collaborations and has seen the UK, France, Germany, Italy, Spain and Sweden join together to create this game-changing missile for air combat. Saab is a partner in the Meteor program in conjunction with prime contractor MBDA UK.