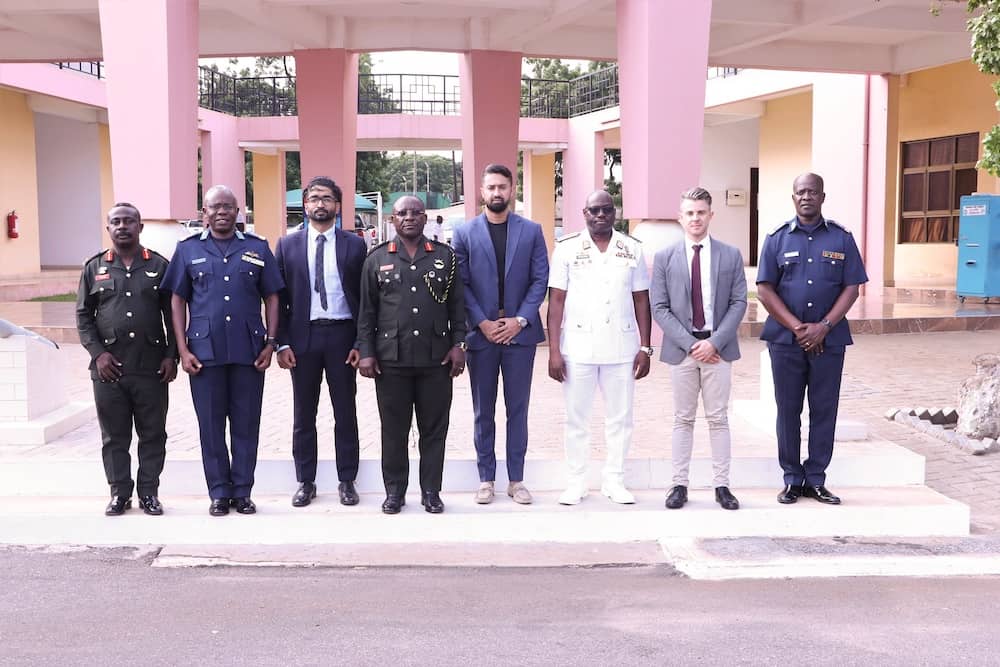 The Armed Forces of Ghana will host more than 600 international and regional defense delegates at the first International Defence Exhibition and Conference (IDEC) taking place October 11-12, 2022, at the Burma Hall within the Ghana Armed Forces Headquarters in the country’s capital, Accra.

With the aim of strengthening international and regional cooperation to combat terrorism and organized crimes, the two-day international exhibition and conference will bring together international defense equipment manufacturers, technology providers, procurement officials and other industry stakeholders who aim to contribute towards the $20 billion annual defense market.

Welcoming the regional and international defense delegates, Vice Admiral Seth Amoama, Chief of the Defense Staff, Ghana, said, “I bring you warm greetings from Accra, Ghana. As you may be aware, global peace and security continue to deteriorate amid the COVID-19 pandemic, climate change and the current Russia-Ukraine crisis. These events have had a significant impact on livelihoods and human security, particularly on the African continent.

“The West African sub region in particular is currently experiencing a surge in activities by armed groups. I am happy to note that several steps have been taken to deal with these threats. However, a lot remains to be done, that is why I, Vice Admiral Seth Amoama, Chief of the Defense Staff of the Ghana Armed Forces wish to invite you to the maiden International Defence Exhibition and Conference in Accra from 11th to 12th  October 2022 under the theme Strengthening International Collaboration to Combat Terrorism and Transnational Organized Crimes.

“I am by this invitation calling on all stakeholders in academia, media, industry, defense and other government security apparatus as well as the international community to converge in Accra to find practical solutions to the litany of security challenges facing the region and beyond. It is my hope that by the end of the 2nd Day event our collective aspirations would be achieved.”

At stake is the safety and security of 422 million people of West Africa with a combined GDP of $659 billion. The rising cost of terrorism in Africa is prompting the governments to upgrade the security capabilities of each country, and increase cross-border security cooperation.

“The International Defence Exhibition and Conference (IDEC), hosted by the Ghana Armed Forces in Accra will build upon the endeavours of Africa’s Armed Forces to enhance combined capabilities to counter the continent’s leading security challenges. This unprecedented event will showcase the importance of integrating strategies and solutions across land, sea and air to solve challenges such as extremism, cross-border crime and maritime security in this region,” said Air Vice Marshal Mike Kwame Appiah Agyekum, Deputy Chief of Staff (Admin), General Headquarters of the Ghana Armed Forces and Head of the Organizing Committee. “The overarching objective is to improve regional development and security by promoting defense partnership, both regionally and internationally. Through a series of unique platforms, the two-day event aims to assemble Africa’s Defense Chiefs of Staff and senior officers and executives from security agencies and global partners and advanced solution providers to improve combined combat operations and regional development initiatives.”

IDEC provides a platform for the global defense suppliers to showcase their latest products and services and to meet defense buyers to negotiate new supplies. The event creates a unique platform to establish and strengthen cross-border cooperation among the regional armed forces – land, navy and air forces.

In 2021 military expenditure in sub-Saharan Africa totaled $20.1 billion, 4.1% higher than in 2020, according to Stockholm International Peace Research Institute (SIPRI), a global peace watchdog. The increase in 2021 was the first in sub-Saharan Africa since 2014 and was primarily driven by Nigeria, the biggest spender in the subregion.

“Between 2020 and 2021, Nigeria raised its military spending by 56%, to reach $4.5 billion. The increase came in response to Nigeria’s various security challenges, such as attacks by extremists and separatist insurgents,” SIPRI said in a latest report published in April 2022.

In 2021 Kenya, Uganda and Angola were, respectively, the third, fourth and fifth largest military spenders in sub-Saharan Africa, it said in a report. Over the decade 2012–21, Kenya and Uganda have both faced insurgencies that have influenced their military spending.

The event will be attended by more than five Chiefs of Defense Staff, eight Ministers and Secretaries of Defense, six Chiefs of Army, Navy and Air Forces, 40 VIP Speakers, 60 Sponsors and Exhibitors from 60 countries.

Some of the main themes of the IDEC conference include terrorism and counter-terrorism, transnational organized crime, maritime security, cybercrime, advancements in surveillance and monitoring and border security.

The Great Minds Event Management have been officially appointed to support the organizing committee along with the non-profit think-tank Gulf of Guinea Maritime Institute.