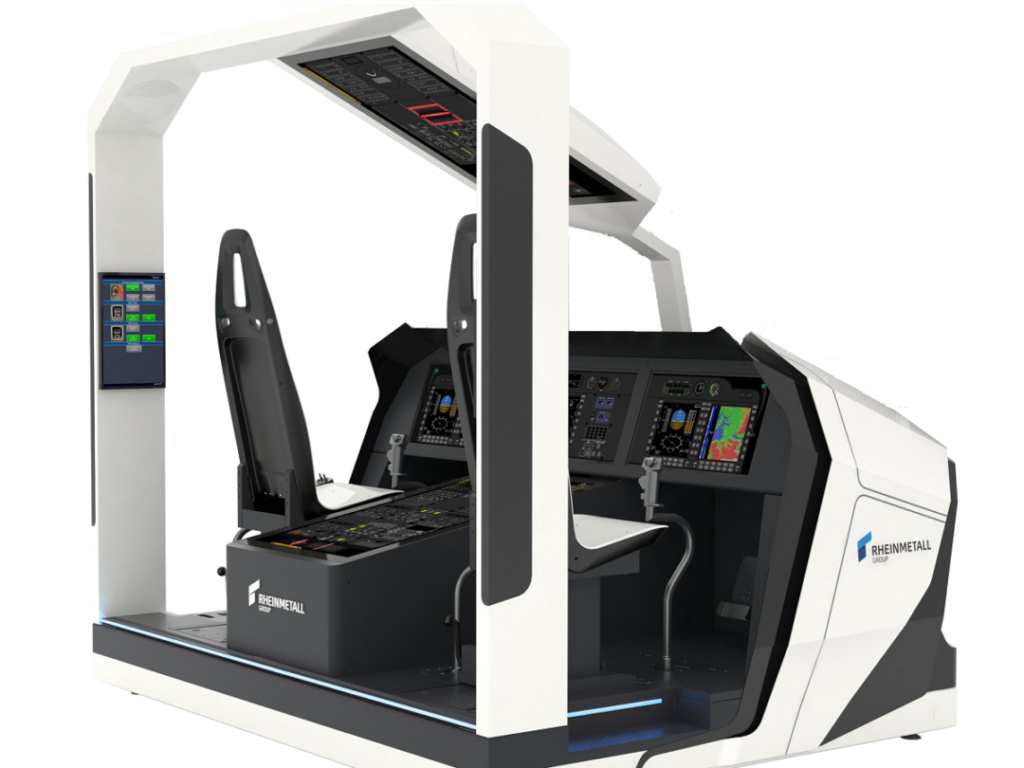 The German Navy is once again counting on simulation expertise from Rheinmetall when it comes to training its NH90 NTH Sea Lion helicopter crews.

The European NH90 procurement and management organization, NAHEMA, awarded the company an order for an Asterion classroom solution destined for Naval Air Wing 3 at Nordholz on the North Sea coast. Delivery will take place later this year.

The digital Asterion classroom will be used to train maintenance personnel for the NH90 NTH Sea Lion naval transport helicopter. Among other things, the system features a soft panel cockpit in which the instruments are depicted by touchscreens, coupled with a mission control console necessary for naval helicopter training. The package also includes Asterion software, desktop hardware and tablets.

Asterion is a modern, integrated, holistic training concept for all phases of training. It accurately simulates the behaviour of the helicopter’s full panoply of functions, including its hydraulic, electric and tactical systems.

Due to ship in late summer, the digital Asterion classroom marks another milestone in Rheinmetall’s longstanding partnership with the German Bundeswehr. A similar form of Asterion simulation software has already been integrated into the functional cockpit of the NH90 NTH Maintenance Training Rig, which is used to train maintenance personnel assigned to Naval Air Wing 5.

The German Army also uses Asterion simulation technology in its ground crew training systems at the International Helicopter Training Centre at Faßberg in Lower Saxony. Here, Army Aviation maintenance and repair specialists are trained in operational and maintenance procedures in Rheinmetall-made cockpits, each a perfect replica of the ground forces version of the NH90.

The NH90 programme is considered to be Europe’s largest military helicopter programme, for which Rheinmetall is now supplying additional training resources. In the meantime, moreover, Asterion simulation technology is listed with the NH90 procurement and management organization NAHEMA, meaning that it can now be procured by any NH90 user nation, a number of which have already announced serious interest in the concept.

Meanwhile, the German Navy has taken delivery of the first NH90 NTH Sea Lion multipurpose helicopters, whose maintenance crews will soon be undergoing comprehensive training in Rheinmetall simulators. Particularly in the initial phase, training and retraining of personnel to repair and maintain this highly sophisticated new helicopter is a top priority.