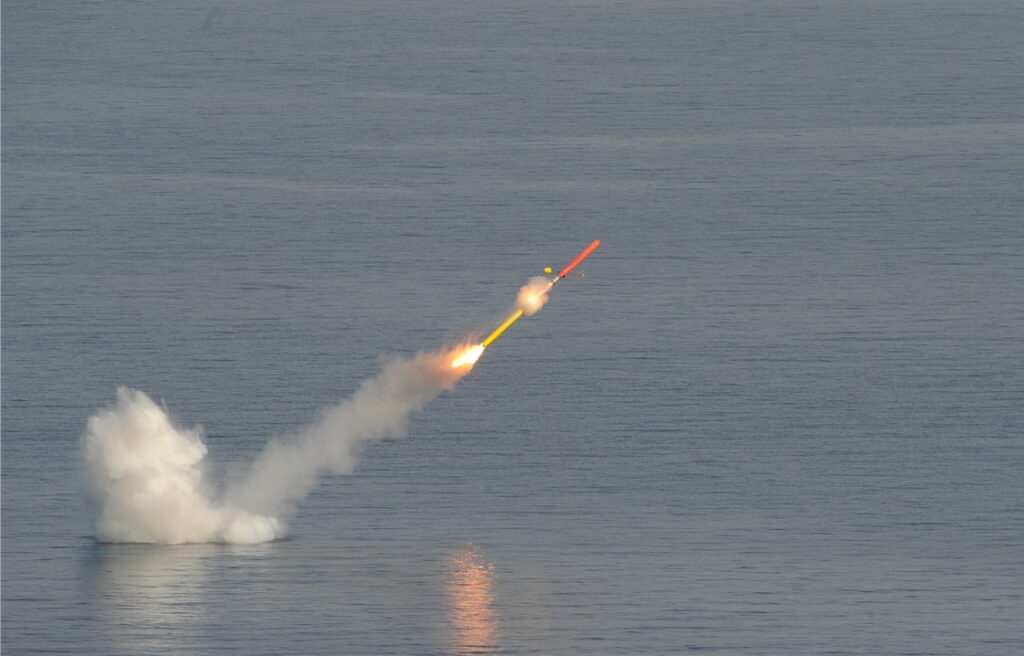 The test firing, which follows preparations by teams from the DGA, the French Navy and the manufacturers MBDA and NAVAL GROUP, was the culmination of the qualification phase of the integration of all the submarine’s weapon systems. The final qualification will be undertaken by the DGA shortly, and the Suffren will be delivered to the French Navy by the end of 2020, before entering active service in 2021.

The MdCN missile has a range of several hundred kilometres and is designed for use against infrastructure of high strategic value. After the Multi-Mission Frigates (FREMM), the Suffren-class SSNs are the first French vessels to be equipped with this conventional deep strike capability. The ability to deploy the MdCN from submarines maintains the constant and undetected threat of a strike from the sea against enemy targets located far inland, and very significantly increases the penetration capacity of French weapons in military theatres of operation.

During its trials in the Mediterranean, the Suffren also successfully completed a test firing of an Exocet SM39 underwater-launched anti-ship missile, as well as several test firings of the F21 heavy torpedo, a next-generation weapon that will ultimately be carried on all French Navy submarines.

Florence Parly, Armed Forces Minister, commented: “For the first time, a French submarine has fired a cruise missile. This success gives our Navy a new strategic capability and places it among the world’s best. This new weapon is a real breakthrough, the result of years of effort and investment, enabled by the 2019-2025 military programming law. I want to congratulate everyone – in the Navy, the DGA, and industry – who made this firing possible. Until now, France’s submarine force could strike submarines and surface ships. Henceforth, it can destroy heavy land infrastructure at long range.”