Fractal Antenna Systems’ cloak detection technique is a new radar method that looks for tell-tale signatures of cloaked objects that are made invisible by skins made of metamaterials, including satellites, planes, vessels, or UAVs fractal-antenna-systems News By DA Reporter / 22 Aug 2022 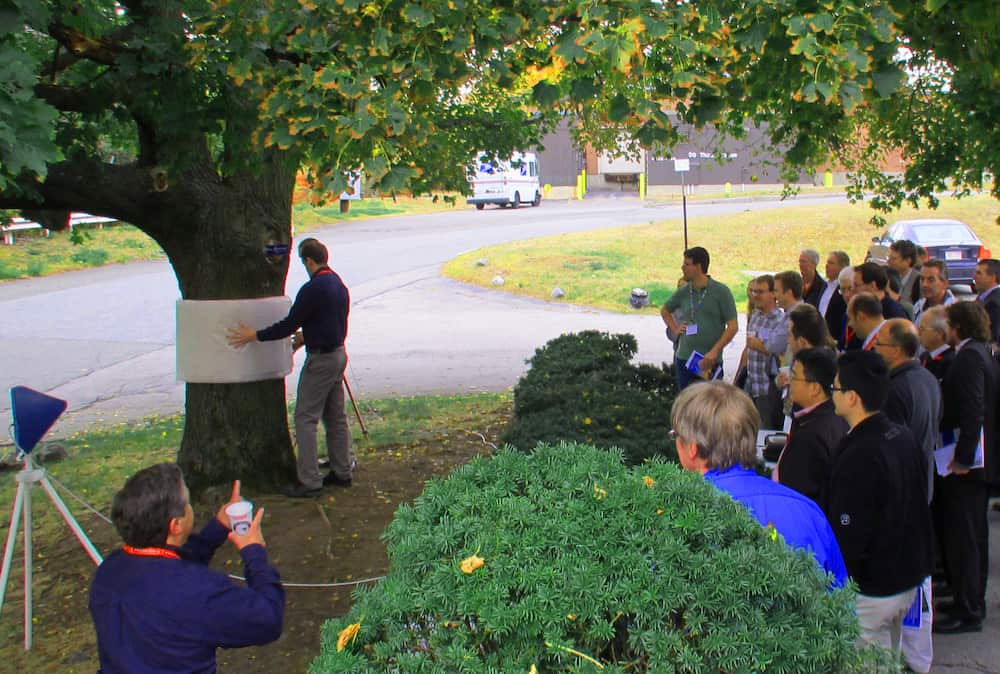 Fractal Antenna Systems, Inc. has secured patent on its method of detecting invisibility cloaks and related stealth metamaterials, thus preventing hostile military assets from being hidden from radar, and decreasing the potential for sparking conflicts.

Detailed in US patent 11,408,976 and patent pending, the cloak detection technique known as LPASS is a new radar method that looks for tell-tale signatures of cloaked objects that are made invisible by ‘metasurfaces’ (skins made of metamaterials), including satellites, planes, vessels, or Unmanned Aerial Vehicles (UAVs).

At the frequencies where the cloak works, called its ‘passband’, radar tries to bounce signals back from the target but the cloak stops that reflection, and the target remains hidden. Beyond the cloak’s passband, radar transmitters are hampered by lower power limits, and thus poor at pinging cloaked targets both in and out of a cloak’s passband.

Inventor and Fractal CEO Nathan Cohen showed radar transmitters do not need to transmit outside of the passband, since metasurfaces have a failure mode that produces nonlinear, heterodyned RF ‘hash’.

High powered radar systems may be thwarted to detect targets that are cloaked in the passband, but their transmissions hit the target and excite this hash of heterodynes at much higher and lower frequencies where the cloak does not function and the target is not hidden.

On receive, a radar antenna picks up these frequencies, correlated with the transmitted signals, filters out most of the noise, and leads to a unique reflected signature of the target.

“Metamaterials overall have a terrific future, if we encourage their use in applications which improve the human condition and that promise of tomorrow,” said Cohen.