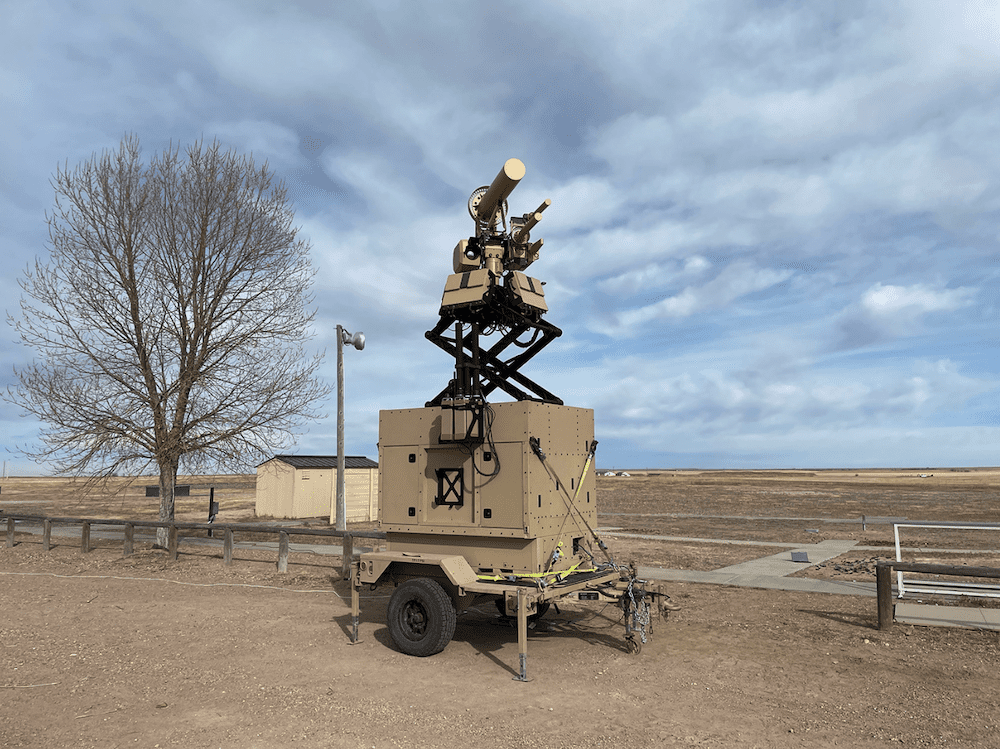 Liteye Systems has delivered the first SHIELD system to the US Army Rapid Capabilities and Critical Technologies Office (RCCTO) High Energy Laser (HEL) effort. The system was delivered on time and will now be readied for deployment.

Liteye’s SHIELD payload will provide the detection, tracking, and identification of Group 1 & 2 Unmanned Aerial Systems (UAS) in a range of combat environments which will utilize the new 3D SPYGLASS Radar developed by Numerica Corporation. The HEL ‘hard kill’ capability will be provided by a partner company and integrated with Liteye’s SHIELD payload to be tested and demonstrated during operational tests and evaluations.

The platform integration of SHIELD will support the US Army’s maneuver capability in the Brigade Combat Teams and will also be compatible with robotic vehicles like Pratt & Miller’s Expeditionary Modular Autonomous Vehicle (EMAV).

Liteye was awarded the multiple-year contract to integrate its SHIELD payload into the HEL Counter-small UAS (C-sUAS) effort in 2021. The objective of the C-sUAS HEL prototype effort is to develop, integrate, manufacture, and ultimately test a prototype HEL System(s) in an operationally relevant environment. This contract enables the rapid prototyping of a near-production representative, cost-effective HEL System(s), which will be integrated with current military battle management systems.

“This effort represents months of focused effort by our engineering team and renews our strategic partnership with the US Army dating back to 2016 when we sent our first C-sUAS systems downrange to Iraq,” said Kenneth Geyer, CEO, and Co-Founder of Liteye Systems. “The current drone warfare raging in spots around the globe such as Ukraine and the middle east makes this delivery all that timelier.”

Liteye’s C-sUAS solutions can be layered with multiple effectors and battle management systems to detect, track, identify and defeat, threats operating in the air, on the ground, on the surface, and in the electromagnetic spectrum.

The Liteye services team provides 24/7 reach-back support, training, and system updates to ensure that the systems remain effective against the threats that are continuously increasing in complexity.

“On behalf of the Liteye team, we thank the US Army for their trust in our systems and our team as we move rapidly through the evolution of systems,” said Geyer. “We also thank our partners Numerica and Pratt & Miller along with a long list of other external stakeholders who played a part in bringing this contract to fruition.”