The MQ-9A Block 5 Remotely Piloted Aircraft is engineered to exceed manned aircraft reliability standards, with the ability to fly for over 27 hours at speeds of 240 KTAS and up to 50,000 feet general-atomics-aeronautical-systems News By DA Reporter / 19 Jul 2021 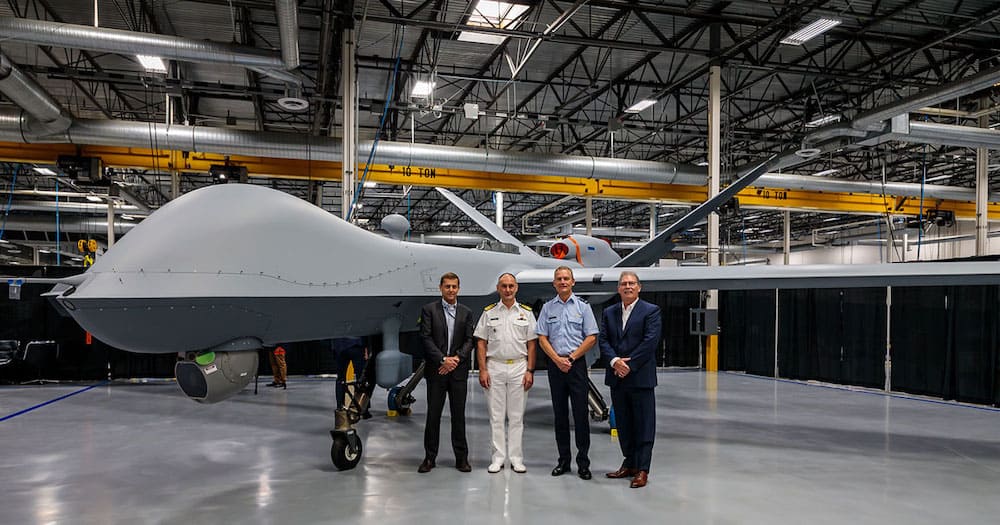 GA-ASI and RNLAF commemorated the completion of the first RPA with a special roll-out ceremony at GA-ASI’s corporate headquarters in Poway, Calif., and the event was simulcast to the Netherlands.

“We are proud to begin this new relationship with the Royal Netherlands Air Force,” said Linden Blue, GA-ASI CEO.

“With millions of hours of proven performance under its wings, the MQ-9 is ideally suited to support their nation’s ISR needs. The Netherlands now joins the United Kingdom, Italy, France and Spain as NATO countries operating our advanced RPAs, with Belgium coming online in the next few years.”