The helicopter will be prepared for shipment with the U.S. Defense Contract Management Agency before being transported to Bahrain in 2022 bell-textron News By DA Reporter / 10 Nov 2021 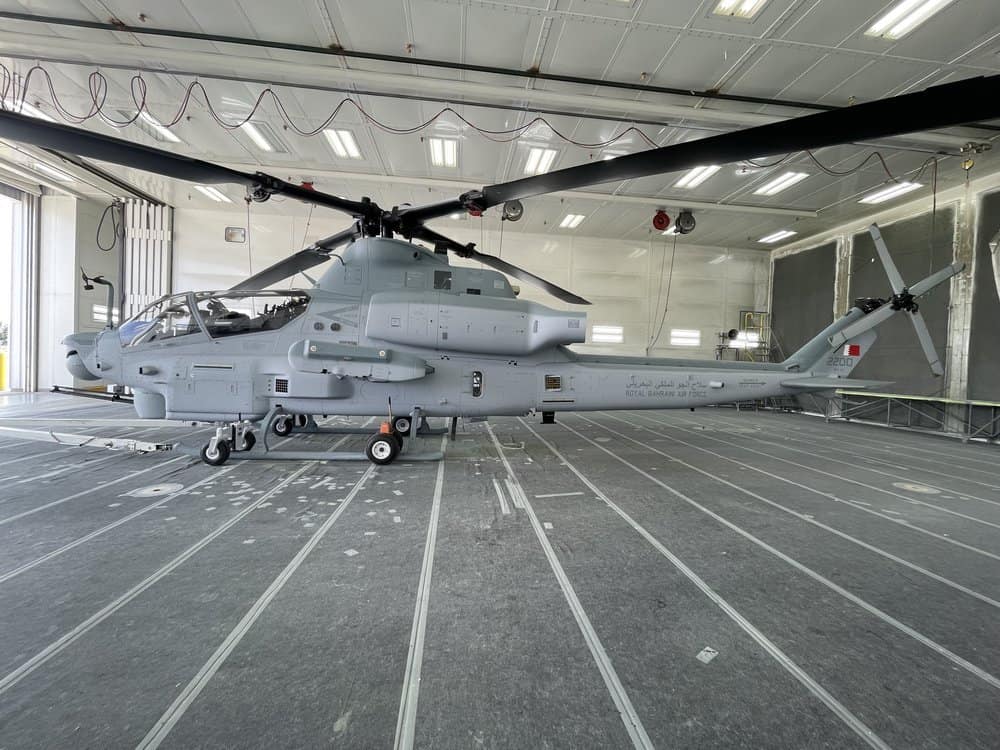 Bell Textron Inc. has completed the first AH-1Z Viper attack helicopter for the Kingdom of Bahrain, delivering it to the U.S. Naval Air Systems Command as part of a 2019 Foreign Military Sales (FMS) contract.

The helicopter will be prepared for shipment with the Defense Contract Management Agency before being transported to Bahrain in 2022. This is the first of 12 production aircraft for the Bahrain Defense Force.

“This is an extraordinary achievement by the H-1 Program and brings the Royal Bahraini Air Force a step closer to fielding the advanced capabilities of the AH-1Z,” said Mike Deslatte, Bell H-1 vice president and program director.

“The men and women of Team Viper, a group of premier suppliers, have done an exceptional job of delivering to the U.S. Government, on time and on contract.”

Bell designed the AH-1Z Viper specifically to meet the stringent operational requirements of the U.S. Marine Corps, which focus on full marinization and a reduced logistical footprint. The aircraft has a fully integrated glass cockpit and the ability to carry a wide variety of munitions.

“The Viper will provide significant benefits to the Bahrain Defense Force as they modernize their fleet of attack helicopters,” added Deslatte. “Having a proven state-of-the-art platform will help contribute to the security of Bahrain while improving interoperability with U.S. forces.”

Foreign military sales of the AH-1Z bring the advanced capabilities of the aircraft directly to international operators and help increase interoperability and amplify effectiveness of allied forces.