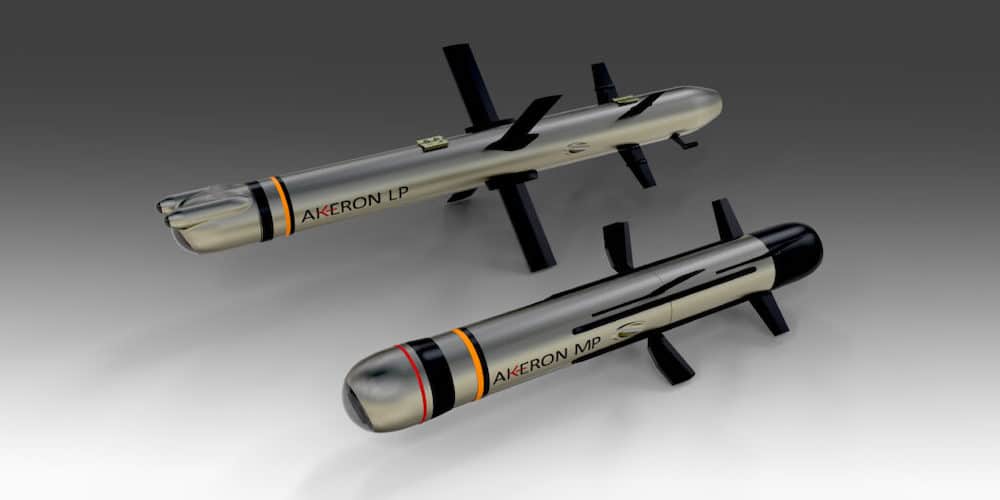 MBDA has announced the release of AKERON, a unique family of fifth-generation tactical combat missiles that can adapt to the needs of collaborative tactical combat. The family of systems includes the MMP and MHT missiles, now renamed AKERON MP and AKERON LP respectively.

Today’s combat units operate in a variety of complex environments, including urban areas, open countryside, deserts or mountains, during the day or at night; and can also feature a combination and/or variety of forces, both allied and adversary. To respond to the range of threats they face, operators must be equipped with a versatile and precise capability enabling them to destroy fixed or mobile land targets – including the latest-generation tanks and light combat vehicles – but also neutralize dismounted adversaries or adversaries in hardened or defensive fighting positions, all whilst minimizing the risk of collateral damage. Operators also need to be protected during engagements with simplicity of implementation, the capacity to ‘fire and forget’ or engage a target while remaining hidden from sight.

Designed for these operational realities, the AKERON family of missiles incorporates the latest technologies in terms of high-resolution multi-band imagers, multi-effect warheads (anti-tank, anti-infrastructure, anti-personnel), data links, and multi-mode guidance algorithms based on Artificial Intelligence (AI) techniques – all ensuring robust and precise guidance at any distance, in all conditions. Each has their own specifications in order to be adapted to the missions of the combat units and platforms using them.

Operators thus have a broad spectrum of tactical options to deal with their targets, thanks to the many possible modes of engagement. These include ‘fire and forget’, human-in-the-loop, locking the target before firing, or locking on after firing, which facilitates firing Beyond Visual Line Of Sight (BVLOS).

The missiles of the AKERON family meet current and future operational needs for dismounted combat as well as from land, air (helicopter, unmanned aerial vehicle) and naval platforms. They are also ideal for integration into the digital environment of the battlefield, and suited for collaborative combat.