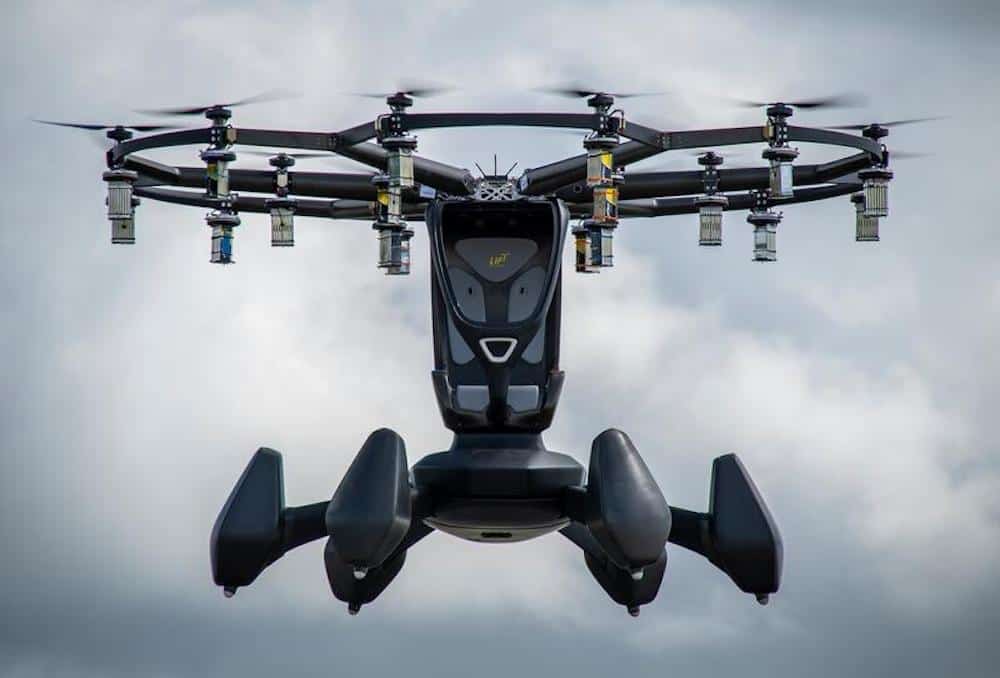 This successful test marks an important first step towards incorporating the Hexa into operations at a controlled military airfield. The single-seat unmanned aircraft, piloted via remote control, used 18 motors and propellers to fly for approximately 10 minutes and reach a height of around 50 feet.

This test flight was completed by Hexa 09, one of two aircraft stationed at Duke Field. Hexa 05, the other aircraft, was used for the first test flight in April 2022.

The 413th Flight Test Squadron, the US Air Forces’ rotary wing developmental test experts, has partnered with AFWERX’s Agility Prime to advance the Hexa eVTOL test and experimentation. The aircraft provides the coordination, logistics and support for the LIFT team’s developmental ground and flight-testing operations.

“This is an opportunity to leverage some of the unit’s expertise with rotary aircraft and apply it to this new field of electric propulsion aircraft,” said Maj. Riley Livermore, 413th FLTS Futures Flight commander.  “This flight was an important step in advancing the testing forward.”