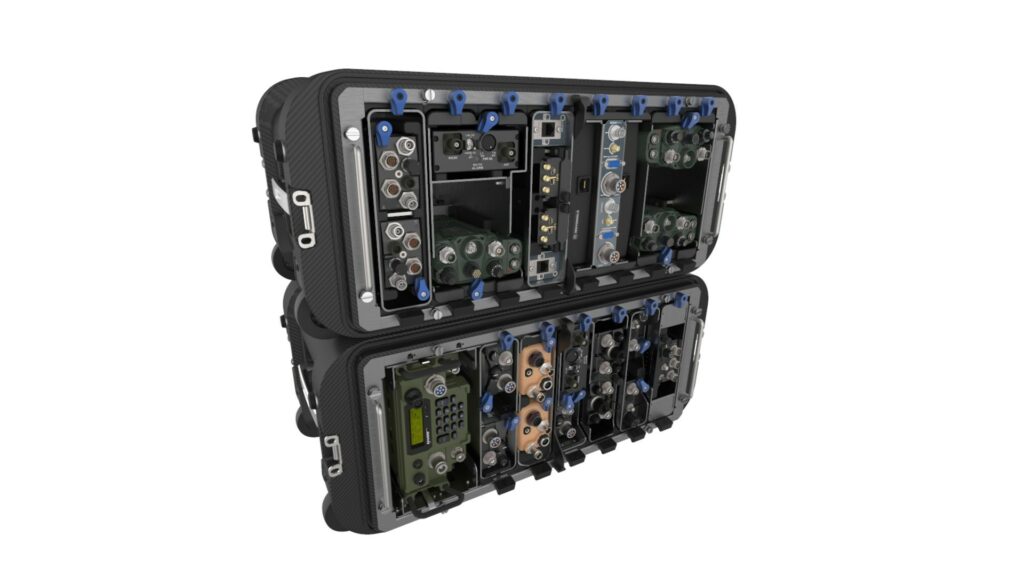 Intelligence on the battlefield is crucial to our Troops and quick reaction to ever-changing environments enables them to be in the right location with the right firepower to effectively engage the enemy. Communication and sharing of this intelligence using radios has traditionally been disjointed. As a response, Klas created the Voyager TRIK in 2016 to enable seamless sharing of information and communications over a variety of radio networks. Klas has integrated radios into the Voyager 8 chassis through the use of innovative, custom-designed radio brackets that fit securely in an IP67 rated enclosure that’s backed by AC, DC and battery power.

The use of radio brackets allows easy integration of traditional radio network data into tactical networks used by military communicators. Since the initial release of the Voyager TRIK, Klas Government has made enhancements to the classic Voyager 8 and has released a new battery-backed chassis and case, the Voyager 8 Plus, in order to support the increasing demand of integrating commonly used manpack and handheld tactical radios with higher power requirements. Klas has also integrated CISTECH Solutions’ software on the VoyagerEMm to complete a small form factor and rugged Radio over IP capability that’s compatible with the system. Some examples of commonly used tactical radios that can be integrated into the Voyager TRIK include:

MajGen (Ret.) Mark Clark, USMC said, “Communications on the battlefield are critical to mission success across the spectrum from near peer competition, to gray zone conflict and humanitarian operations. The Voyager TRIK gives commanders better and more reliable communications. It gives units the size, weight power, simplicity, scalability and expeditionary requirements they seek and need, not only in a joint environment but in coalition and other governmental agencies as well. No mission or condition is too difficult for the Voyager TRIK.”

Tactical radios that are compatible with the Voyager TRIK fall into several categories:

By incorporating each type of tactical radio into the Voyager TRIK, users can ingest data from disparate networks, analyze the data using Voyager network modules, and disseminate that data over Beyond Line-of-Sight and Line-of-Sight networks. This model has been recently adopted by PEO C3T in order to accomplish the ITN construct within Capability Set 21 and is being evaluated by all branches of the U.S. Military along with public safety organizations.