All six Type 45s will be fitted with the MBDA Sea Ceptor missile system on top of crucial upgrades to the destroyers’ principal weapon, the Sea Viper mbda News By DA Reporter / 31 May 2022 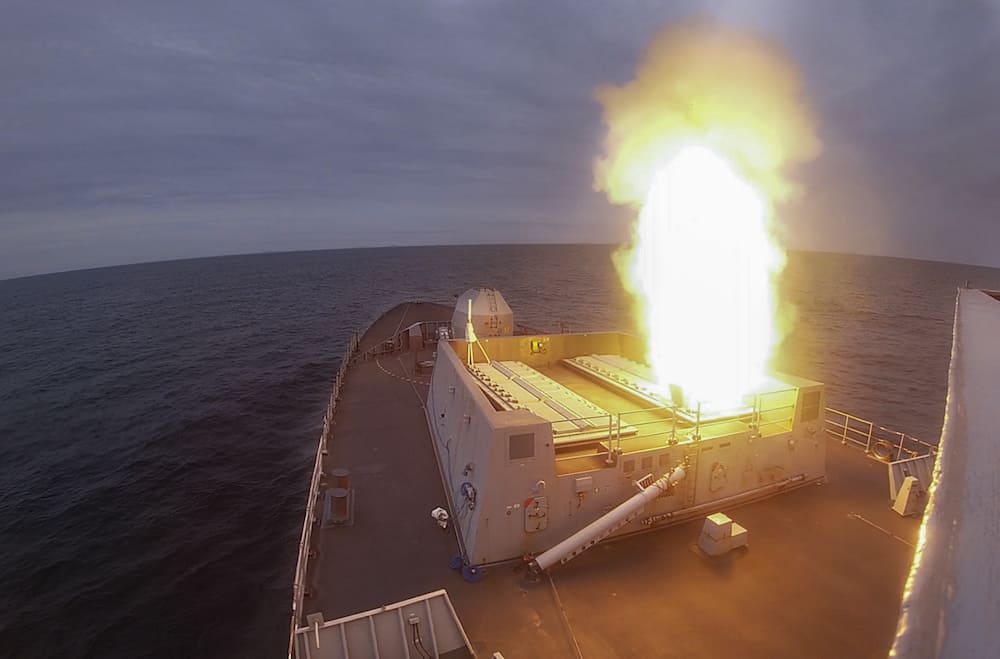 The Royal Navy’s destroyers are to be given extra – and enhanced – firepower to defend against the latest threats from ballistic missiles to fast-moving speedboats, jet skis and attack craft.

All six Type 45s – HM Ships Daring, Dauntless, Diamond, Dragon, Defender and Duncan – will be fitted with the MBDA Sea Ceptor missile system on top of crucial upgrades to the destroyers’ principal weapon, the Sea Viper.

Each destroyer carries up to 48 Sea Viper missiles, each held in a vertical-launch silo on the forecastle, and each capable of taking out aerial threats at ranges up to 75 miles away, accelerating out of its launcher to reach speeds in excess of four times the speed of sound, manoeuvring for the kill at G forces no human can withstand.

It relies on two distinctive radar systems – the Sampson (spinning spiked egg) and Long Range (large black slab) – which are able to track hundreds of targets as far as 250 miles away.

The £300 million-plus package to upgrade the system – known as Sea Viper Evolution – covers the Aster 30 missile itself as well as the Sampson radar and the command/control system. It will support 54 jobs in the UK at sites from the Isle of Wight to Hertfordshire, Bristol and Bolton.

The evolution upgrade is designed to deal with the increasing threats posed by anti-ship ballistic missiles, ensuring the Type 45 is able to defend the Fleet – especially Carrier Strike Groups – against complex air threats both now and into the future.

“Sea Viper has proven itself to be an outstanding weapon system during its first decade in service, providing the Royal Navy with formidable lethality against aerial threats,” said Fleet Commander Vice Admiral Andrew Burns. “Those threats are constantly evolving – and we must adapt and improve not to match them, but to defeat them decisively. This upgrade to Sea Viper ensures the Type 45 destroyer remains the world’s leading air defense warship, protecting not just Royal Navy vessels but also our allies operating alongside us.”

The investment follows recent contracts awarded to introduce Sea Ceptor – already fitted to Type 23 frigates and being installed on successor Type 26 warships – increasing the Daring class’ missile arsenal by 50% from 48 to 72.

Lieutenant Commander Stephen Ashley, weapon engineer officer on HMS Duncan – the most advanced Type 45 in the Fleet following her recently-completed refit – said all six ships in the class would benefit tremendously from the missile upgrades: “The ability to almost double the size of the missile outload on a Type 45 will be a real game changer for ships facing near-peer adversaries, particularly with the surface mode offered by Ceptor which will significantly bolster our ability to defeat fast-attack craft.